Once upon a time,
in a far far away land,
there was a caste.
In the castle leave the King and Queen.
The King and Queen,
have a very beautiful Princess.
Then came a jealous wicked witch
who try to make the Princess miserable
Then along came a handsome young Prince.
The Prince rescue the Princess.
Then they fall in love and get married
and leave happily ever after...........

Hehehe..............begitulah slalu nyer petikan daripada citer2 fairy tales yg kite slalu bace and or watch slame nie kan. So what do you guys think about it? Too common? Too over rated? Hahaha!!!!!!!!!!!!!!! To me both! Yup! Jln citer camnie memang dah bosan and over rated.

Ofcuz la it is beautiful. Fairy tales are usually a young girls fantasy. Every girls desire to be beautiful and marry a rich handsome guy right? True! It is good to believe in good things. You must also set your mind positive to what you want. But hey, there some girls who too much believe in this kind of fairy tales forgot that in order to achieve what you wish for, you must also work hard, move out from your comfort zone, and improve yourself. Not just sit and stay where you are singing "Someday may prince will come.................lalalalalalala".......... HAH! X DEK MAKNE NYER! (Girls must stay out of their comfort zone, and work hard to meet prince charming!).

Bukan la nak kate i nie anti or against this Brothers Grim ideology. Lets not get the message wrong. In my opinion the reason this writers wrote this kind of beautiful story with beautiful ending is to encourage their readers to believe in good beautiful things. Be positive! Believe that good always win against evil!

The ideology yg i tentang is about the physical appearance and personally of the Princesses. Kalo bace or tengok citer2 fairy tales like Cinderella, Sleeping Beauty, Snow White, Rapunzel,...............all these Princesses sumer nyer memang beautiful sgt2 from head to toe. Bak kate memang perfect la dari segi kcantikan. Dari segi personality puler, this girls tlalu lemah lembut, doesn't really speak up their own mind, and just stay in their comfort zone day dreaming that someday their prince will come. This is what feminist don't like. They called it the Cinderella syndrome (where girls just stay in their comfort zone, and do nothing to improve their lives). This is wrong! Wake up and smell the coffee ladies! In reality, life is not the same as fairy tale. But it doesn't mean that Prince Charming and all the beautiful things doesn't exist.  But girls have to work hard, take action, and step out of their comfort zone in order to find Prince Charming and live a wonderful life.

In my opinion, people should change a bit they how classic fairy tales are written. Fairy tales are not only for lil kids entertainment. But young girls also love fairy tales. Including me la. Hahaha!!!!!!!!!!!!!!!!! But i do not desire to be like Cinderella. I Just believe in positive things. Well, there are a lot of remake movies base on these romantic fairy tales that already have been change the ideology. Example, one of Disney's animation Tangle. Tangle is base of Rapunzel fairy tale. According to the classic fairy tale, Rapunzel is a beautiful girl who is capture by the evil witch and lock in the tower. She has a beautiful long hair that can be use as a rope to climb. Everyday Rapunzel wait in the tower day dreaming, singing, waiting for someone to rescue her from the tower and the wicked witch. But in Tangle, Disney change Rapunzel's character make her more brave, smart, and a girl who speaks her mind. That's more like it! Well, bukan la nak burukkan Rapunzel. But in my opinion, among all the fairy tale Princesses, Rapunzel nie lah yg paling bimbo skali! Sorry ar Rapunzel fans. Rapunzel doesn't have any effort at all to ubah her nasib. Lucky her Prince charming tdengar nyanyian merdu dia and discover her in the tower. Kalo x, duduk jer la dia atas tower tu sampai rambut panjang super ngurai dia tu beruban. That doesn't happened in the real world.

Another of my feminist thinking is,....................i don't believe for any girl to marry a Prince Charming she has to be beautiful head to toe, elegance, and totally graceful. Bak kate control ayu la. Yuck!!!!!!!!!!!!! Give me a break! Reality is love is not just about the beauty. A guy doesn't just fall for a girl becoz of her looks. Love count every expect e.g. personality, intelligence, the heart............ after all that is what true beauty is all about. Thats why i love what Yoko Kamio, the writer of Hana Yori Dango is telling about girls. Hana Yori Dango is a very famous Japanese Mangga/Anime romance comic. That comic has already been transform info a live drama version. The most famous live drama version in the Korean version, called Boys Over Flowers. Hahaha..............i'm sure most of you are very familiar about it also right? Hehehe...............i'm kinda addicted to BOF ^;^.

The good think Yoko Kamio, trying to tell girls is that to get a Prince Charming all you have to do is be true to yourself.  X perlu nak jadik Cinderella or Snow White nak Prince Charming jatuh cinta dgn kite. The heroin, Makino.........or shall i say Geum Jandi? Ah..........Geum Jandi la. I'm more familiar with the Korean version. Hehehe!!!!!!!!!!!!! Geum Jandi is also another ordinary girl like us- not so pretty, not elegance, and not even graceful at all. Bak kate gadis dawai besi (sruper saye juge! :P). But she is a sunshine, smart, brave, and always speak up her mind. She is totally herself. X dek control ayu langsung. Becoz of Geum Jandi's brave personality also, Gu Jun Pyo (Prince charming of BOF) fall for her. Hey not just Jun Pyo,.............Yun Jihu ( Jun Pyo's bff, the second prince charming of BOF) is also attracted to her. See.........thats a proof. Jandi doesn't need to be Cinderella. She is just Geum Jandi to get two (not just one) Prince charming to fall for her. Isn't it deabak! Memang deabak! To me, Geum Jandi nie lah character wanita sbnar. Not the plastic ones! This is what a girl should be.............smart, intelligent, brave, always positive, and know what she wants. I don't think Cinderella knows what she wants either. She is just lucky to meet her Prince at the ball lol.

Ok'lah itu saje yg saye nak share dgn you all sumer. Last advice for all my amigas.............girls, do believe in good things, know what you want, be positive, but also work hard to achieve what you want and mostly be true to yourself. XoXo! 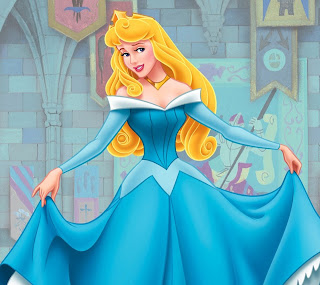 Princess Arora in Sleeping Beauty.........very beautiful, graceful, and elegance. But this is not an example of a real women! 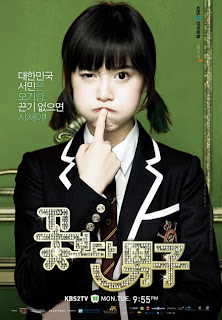 Geum Jandi in Boys Over Flowers...........very ordinary, but brave, smart, and knows what she wants! This is an example of a real women and a true princess! 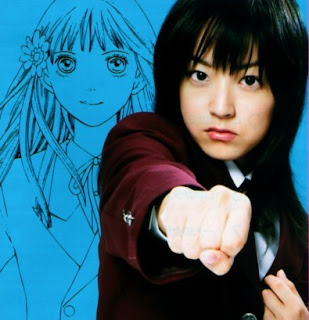 Makino in Hana Yori Dango. She is the girl who kick ass! This is what a girl should be. Yeah! ^^

Email Post
Fadima Mooneira
Fadima Mooneira is an author, content creator, blogger, and illustrator from Malaysia. She has an MBA in Marketing from the National University of Malaysia (UKM). Fadima also holds a BSC Hons in International Fashion Marketing from Manchester Metropolitan University. Fadima describes herself as artistic, creative, innovative, imaginative, and trendy. Fadima has a strong passion for creative writing and drawing. Fadima loves to write about lifestyle, pop-culture, edutainment, travel, and beauty. When it comes to drawing, Fadima loves to draw pretty girls, handsome boys, and cute things. As an author, Fadima has published three books - 2 collaborations (Sahabat, Kari Ayam Cinta) and one solo book (Book Of Lifestyle, Travel, Pop-Culture, and Edutainment). Fadima wishes and hopes to publish more books in 2021 and the whole future. Being a book author is her only dream.