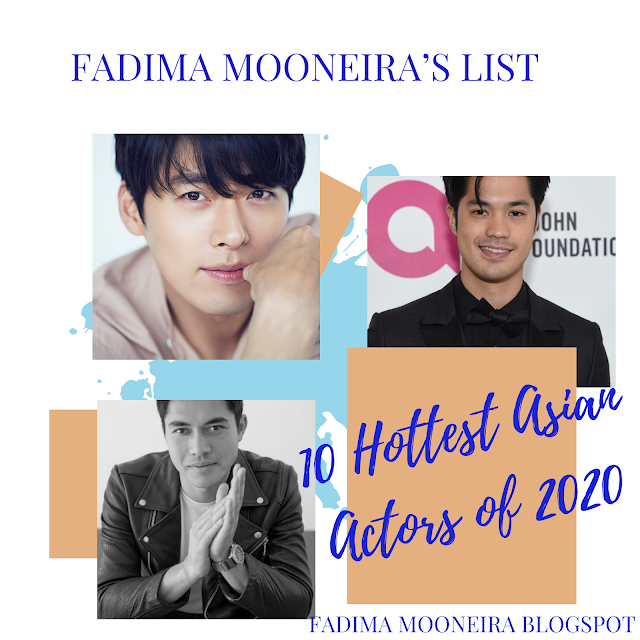 Welcome back to Fadima Mooneira Blogspot. I'm back to share with you guys another FMB's annual tradition. In my last two previous posts, I already shared with you guys FADIMA MOONEIRA'S LIST: 10 HOTTEST ASIAN ACTRESSES OF 2020. So for today's post, I'm going to share with you guys my list of 10 hottest Asian actors of 2020. These 10 actors were selected by me based on their current popularity, good looks, charm, talent, charisma, intelligence, and  X-Factor. So, let's not waste time and get started with the list. We shall begin with no.10 -no.1. 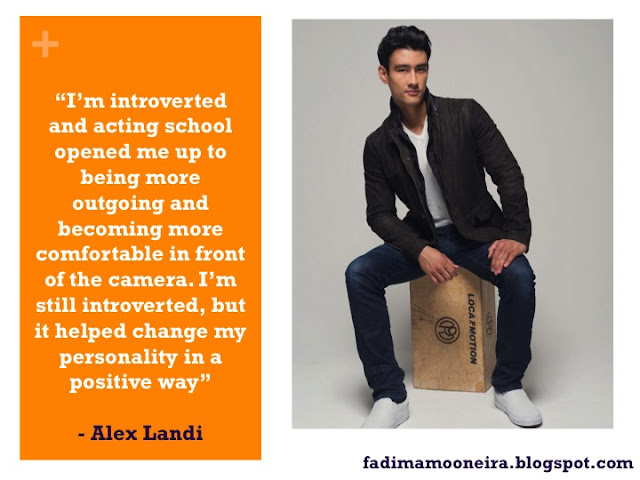 Alex Landi played Dr. Nico Kim in ABC's Grey's Anatomy and Henry Lee in Netflix's Insatiable. Landi is half Korean and half Italian. According to South Korean netizens, Landi is Ok Taecyeon's (2PM's rapper) doppelganger and the younger version of Song Seung Heon. With his honey-like-husky voice, tall-masculine body, perfect jawline, and long neck, I believe Landi is strong enough to woo female audiences. Plus, Landi also has superb acting skills and a down-to-earth personality as a combo to his good looks. Yes, he will go far in his career. As a fan of Landi, I do wish to see him in K-dramas and K-movies one day. I believe Landi will be more famous if he becomes a Hallyu actor. 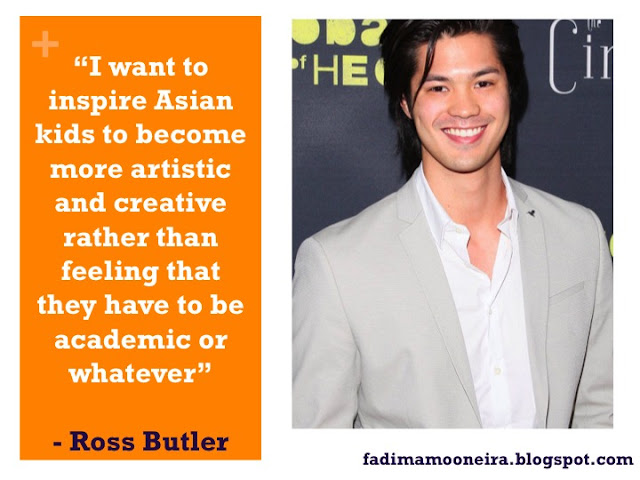 This 30-year-old actor is famous for his role as Zach Demsey in Netflix's 13 Reasons Why, and Brett Willis in K.C Undercover. Butler was born in Singapore to a Chinese-Malaysian mother and an English-Dutch father. Butler is not just an Asian hunk with good looks. He is also an Asian hunk with brains. During the pandemic isolation early this year, most of us spend our time binge-watching Netflix, iQiYi, Viu, Kiss Asians, and many more. But Butler spends his time learning foreign languages. Butler shared on his IG story videos of him learning Arabic and Japanese. Wow!!!!!!! I'm impressed ^_^ And since Butler is half Malaysian, his favorite Malaysian food is roti canai. That's what he told me on his IG story. That time I asked him "What is your favorite Malaysian food?". Thank you for answering my question, Ross Butler. You are a cool dude. I wish you all the best in your career. 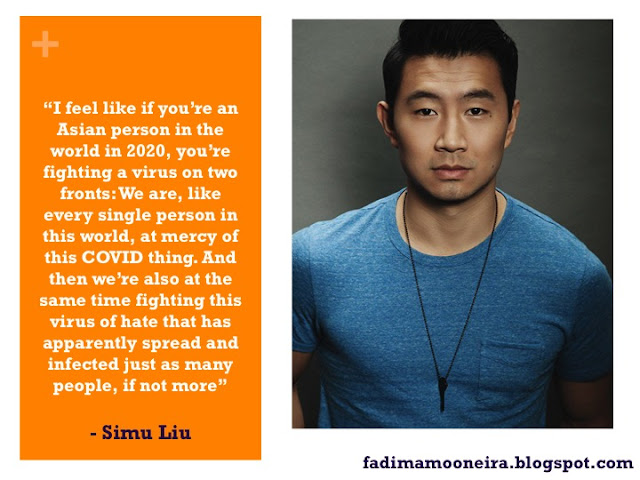 Simu Liu is a Chinese-Canadian actor who will be playing Shang Chi. He is also listed as one of the Asian hunks with brains. Liu has a Bachelors Degree in Accounting. Liu is also famous for his adorable eye-smile and chocolate abs. I really hope the cinema will be ok next year. I really want to watch Liu in Shang Chi. 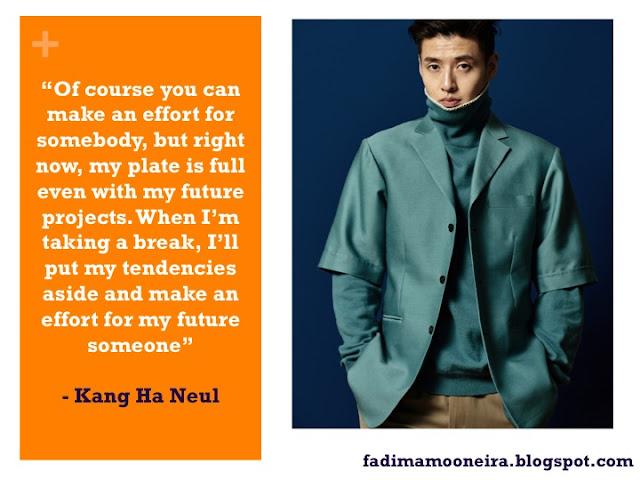 Kang Ha Neul (KHN) is a South Korean actor. KHN is famous for his superb acting skills, versatile talent, X-Factor, charisma, charm, intelligence, good looks, and down-to-earth personality. I believe KHN is the most intelligent Asian hunk. KHN once mentioned in an interview that he loves reading non-fiction books to improve his acting skills. KHN always delivers his fans high-quality performances. He is a versatile actor and can channel all kinds of characters. He can be a hero, but he can also be a villain. Winning the Best Actor Award at the 56th Baeksang Artist Awards gives KHN extra points to be in my hottest Asian actors 2020 list. 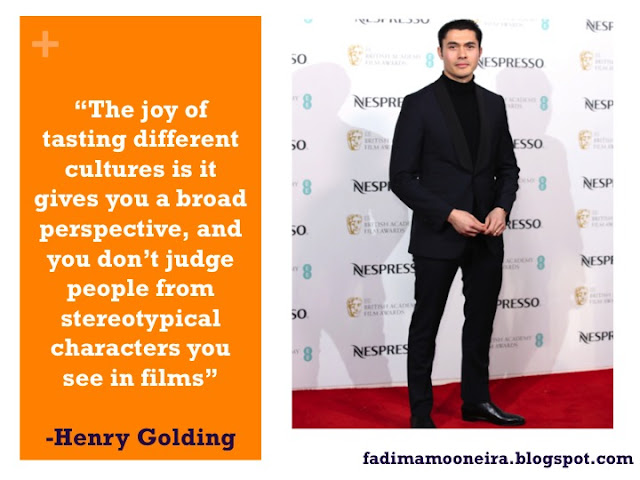 This 33-year-old Malaysian actor is now our national pride. Golding makes Malaysia standing in the eyes of the world after playing Nicholas Young in Crazy Rich Asians. Before he became an actor, Golding was a TV host for a Malaysian travel program. I once met him in person. He was very friendly and humble. With his good looks, superb acting skills, charisma, and humble personality, I believe Golding will be more successful in his acting career in the future. 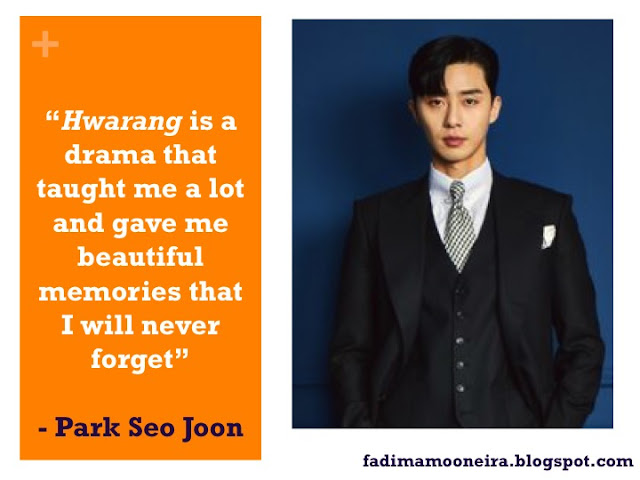 AURA is his middle name. Yeah,.....Park Seo Joon (PSJ) has flaming charisma and flaming X-Factor. His acting in The Divine Furry (a 2019 K-movie) has already received compliments from Hollywood filmmakers. With his good looks, charisma, X-Factor, and superb acting, I believe PSJ will be more than just a South Korean heartthrob. He will also be a global heartthrob. I can't wait to watch him in Dream (an upcoming K-movie). In the movie Dream, PSJ will star with South Korean sweetheart- IU. This makes me more excited to watch the movie. Again......pls, let the cinema be ok next year. 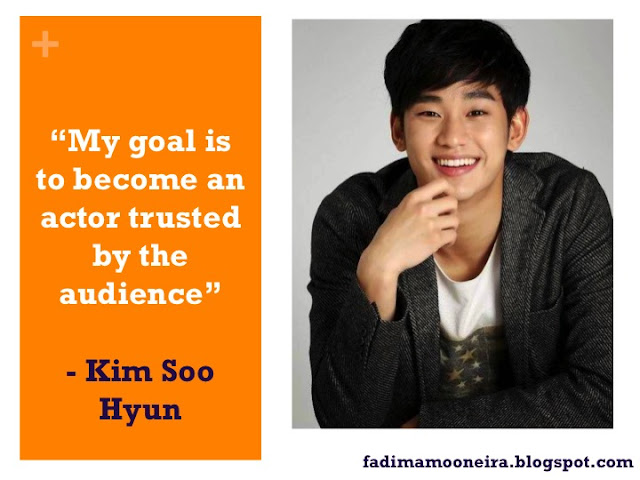 Kim Soo Hyun (KSH) is a 32-year-old South Korean heartthrob. He is now the highest-paid actor in Hallyu entertainment, and he is also one of the commercial kings in South Korea. KSH is well-known for his trademark "eye-smile". This cutie is like the guy who invented the eye-smile term. Besides his good looks and adorable eye-smile, KSH is also well-known for his charisma, superb acting skills, and the good-boy-next-door image. His good-boy-next-door image makes him more adorable to those in the entertainment industry and his fans. Btw, I heard that there are some Hollywood filmmakers interested to hire KSH for their projects. 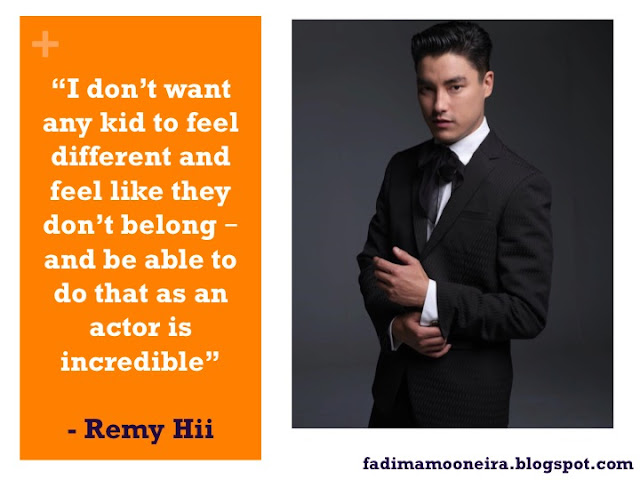 Remy Hii is a Malaysian-Australian actor. Hii was born in Malaysia to a Chinese-Malaysian father and an English mother. Hii and his family moved to Australia when he was very young (7/8 years old). Hii is most famous for his role as Brad Davis in Spider-Man: Far From Home, Alistair Cheng in Crazy Rich Asians, and Prince Jingim in Netflix's Marco Polo. Among all Asian Hollywood actors, I believe Hii has the most impressive acting skills. He is a versatile actor and can channel all kinds of characters. Plus, this cutie is also another Asian hunk with brains. Last two days, I read Hii's interview on MJ Bale's blog. In the interview, Hii mentioned that he will return to small-screens early next year as a villain in Aftertaste (an Australian TV drama about chefs and foodies). Wow!!!!!!! I am excited to watch Aftertaste. I hope Aftertaste will be available online. I miss watching Hii in dramas and movies. It's been more than one year since I watched him in Spider-Man: Far From Home. 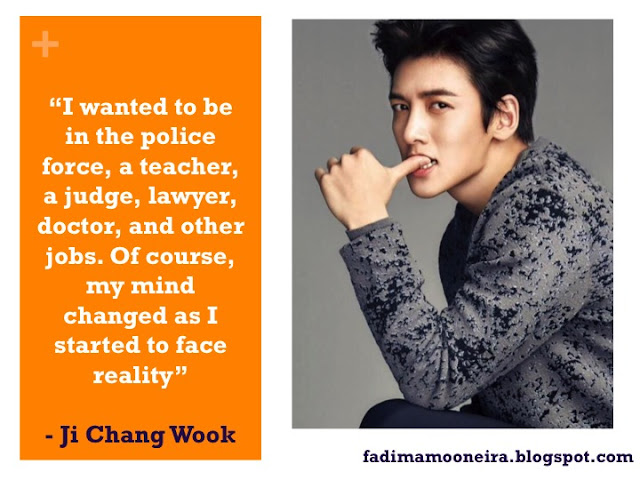 This devilish-sexy-hot South Korean actor is at no.2 on my list this year. Last year he was no.1. Although Ji Chang Wook (JCW) is not no.1 in this year's list, I still see him as the most Smokin-Sexy Asian hunk. JCW is always well-known for his charisma, X-Factor, intelligence, superb acting skills, sexiness, hot looks, and down-to-earth personality. JCW is a versatile actor. He has already channeled a warrior, a prince, a spy, a lawyer, and a goofy convenient store owner. JCW has a new drama coming with South Korean pretty actress- Kim Ji Won. I can't wait for that drama. 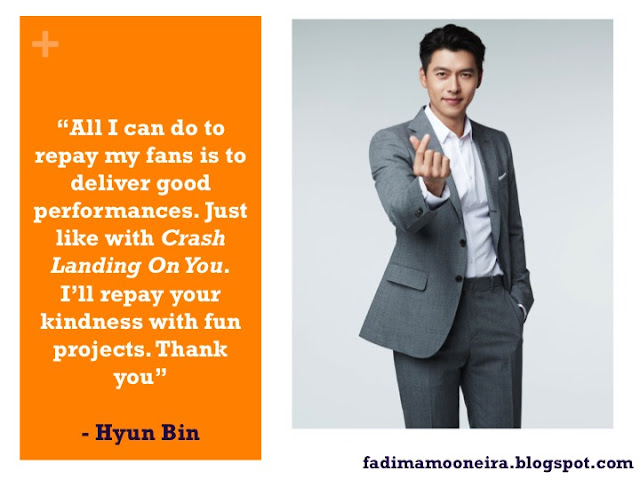 Hyun Bin is always known as the ultimate South Korean heartthrob. During the isolation, I binge-watched Crash Landing On You (CLOY). CLOY is the most popular K-drama this year. In CLOY, Hyun Bin played Captain Ri Jeong Hyeok. Hyun Bin's acting in CLOY was extremely impressive. Hyun Bin swooned female audiences with his role as Captain Ri. He channels Captain Ri's character really well. I believe this is the main reason female audiences fell in love with him (including me ^_^). Besides his gorgeous looks and superb acting, Hyun Bin also has an elegant and suave image. In CLOY, Hyun Bin doesn't show any skin or his chocolate abs. This gorgeous actor only used his elegant persona (he only wears a military uniform, turtleneck shirts, and long coats) to swooned female audiences. With his elegant persona, Hyun Bin proves that Asian man doesn't need to show skin or abs to get the attention of the female audience. Elegant is Asian men's natural handsomeness. What Hyun Bin did in CLOY was incredible. These are the reasons I crowned Hyun Bin as Fadima Mooneira's hottest Asian actor of 2020.

Ok, that's all for now. Thank you for reading this post. Hope to see you guys again soon.

Email Post
Labels: Celebrities Hallyu Hollywood Pop-Culture
Fadima Mooneira
Fadima Mooneira is an author, content creator, blogger, and illustrator from Malaysia. She has an MBA in Marketing from the National University of Malaysia (UKM). Fadima also holds a BSC Hons in International Fashion Marketing from Manchester Metropolitan University. Fadima describes herself as artistic, creative, innovative, imaginative, and trendy. Fadima has a strong passion for creative writing and drawing. Fadima loves to write about lifestyle, pop-culture, edutainment, travel, and beauty. When it comes to drawing, Fadima loves to draw pretty girls, handsome boys, and cute things. As an author, Fadima has published three books - 2 collaborations (Sahabat, Kari Ayam Cinta) and one solo book (Book Of Lifestyle, Travel, Pop-Culture, and Edutainment). Fadima wishes and hopes to publish more books in 2021 and the whole future. Being a book author is her only dream.