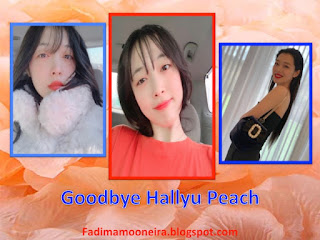 Her real name was Choi Jinri, but she was known as Sulli in the Hallyu entertainment. Sulli was an actress and singer. She was also a member of f(x) (an all-girl K-pop group). In the Hallyu entertainment, Sulli was well known for her talent in singing and acting, beauty, bubbly personality, sweetness, and kind heart. Her nickname was 'Peach'. Yes, Sulli was as sweet as a peach. Her smile melts the audiences' hearts.

I first knew Sulli when I watched  "To The Beautiful You"(a 2012 Korean drama). In the drama, Sulli stars alongside Shinee's Choi Min Ho. Like other fans, I also adore Sulli for her talent, beauty, sweetness, and trendy fashion sense. Sulli was one of the most alluring girls in Hallyu and K-Pop entertainment. Sulli was also good friends with top K-pop stars like IU, Taeyeon, Choi Min Ho, Go Hara and many more. 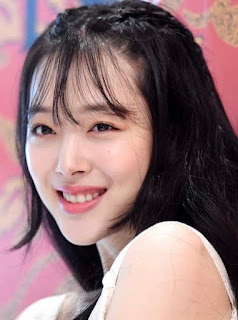 2 days ago (14 October 2019), the Hallyu entertainment was shocked by the death of Sulli. Sulli was found dead at her home in Seongnam, Seoul, South Korea. According to sources, Sulli took her life due to depression. Sully was a victim of  CYBER-BULLY. Cyber-bullies have been posting hate comments at Sulli on social media for the past few years. This cause Sulli to suffered from severe depression and took her life.

Sulli's death is really sad. Sulli is only 25 years old. She was born on 29 March 1994 and ended her life on 14 October 2019. Sulli was a bright young star with a bright future in the Hallyu entertainment. Her fans have high hopes for her to go international.

However, Sulli's death isn't the first case in Hallyu entertainment. There are many Hallyu stars who died of suicide before. South Korea is one of the countries with high depression and suicide rates. In 2017, Shinee's singer - Jonghyun also took his life after battling with depression. Jonghyun was only 27 years old, and he was cyber-bullied too. 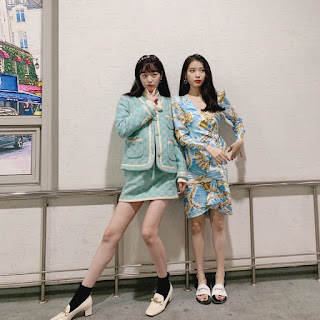 Sulli (left) with her BFF -IU. Nobody knows that Sulli's cameo appearance on Hotel Del Luna was her final curtain.

Cyber-bully is no longer a common case. Not just celebrities, but there are a lot of ordinary people who also suffered severe depression due to cyber-bullying. In my opinion, cyber-bully HAVE TO STOP. Guys, why use the internet and social media for bad things? Don't you know that you can use social media to practice kindness?

And to those cyber-bullies out there,....... you guys are total idiots, cowards, and pointless vulgar!!!!!!!!!!! Btw, what makes you enjoy hurting others? Does that make you great and big? Pls lah...... causing others to suffer from severe depression and encouraging people to commit suicide makes you a murderer as well!

People, I know that I won't be able to change the world. But I would love to urge you guys to use social media for kindness. Please help any girl fix her tiara, put a smile on someone's heart by liking and complimenting her/his posts, and protect your loved ones from becoming a victim of cyber-bully (including your favorite celebrities). Let's make this world a better place for you, me, and all human beings.

That's all I wanna share. Goodbye Hallyu Peach, you will be miss.

Thank you for reading guys...

Email Post
Labels: Hallyu Pop-Culture
Fadima Mooneira
Fadima Mooneira is a millennial author, content creator, blogger, and illustrator from Malaysia. She describes herself as artistic, creative, innovative, imaginative, and trendy. Fadima likes to write about lifestyle, pop-culture, edutainment, travel, and beauty. As an author, Fadima has published four books. Fadima has an MBA in Marketing from the National University Of Malaysia (UKM) & a BSC Hon's In International Fashion Marketing from Manchester Metropolitan University.