Four Things About Awkwafina That Makes Me Admire Her 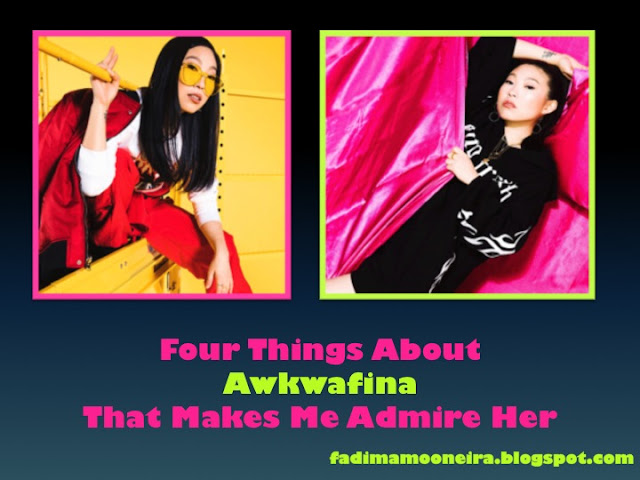 The Golden Globe Awards 2020 just took place on the 5th of January 2020 at Los Angeles, California, USA. Chinese-American actress- Awkwafina became the first Asian actress to win the Best Actress Award at the award show. Awkwafina won Best Actress for her role in "The Farewell". Her award was the only win of the night for the movie. In The Farewell, Awkwafina plays a Chinese-American immigrant who struggles with her cultural identity while trying to shield her grandmother from a grim diagnosis. The Farewell was also nominated for the best foreign film category at the Golden Globe Awards 2020. But unfortunately, the award went to "Parasite" (a South Korean film). 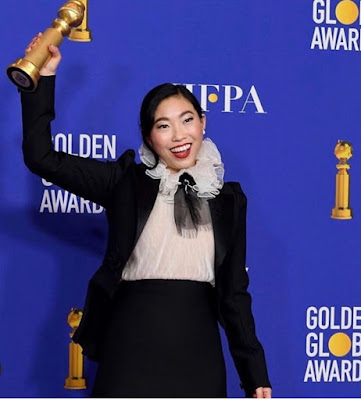 The spunky actress thanked The Farewell director - Lulu Wang for giving her the chance of a lifetime. Awkwafina says, "You gave me this chance, the chance of a lifetime, and you taught me so much. And just filming this story, being with you, was incredible". Awkwafina also expresses her appreciation to the Hollywood Foreign Press, her agency, Peter Saraf, Dani Melia, Big Beach, Andrew Miano, and Zhao Shuzhen (the actress who played her grandmother in The Farewell). Awkwafina dedicated the award to her father-Wally, grandmother, best friend, and her late mother-Tia.

As a fan, I am happy that Awkwafina won the Best Actress Award. Awkwafina is a very talented actress. She definitely deserves the award. Yo, go Awkwafina!!!!!!!!!!!!!!!!!!!! I became a fan of Awkwafina after I watched Crazy Rich Asians (CRA) in 2018. In CRA, Awkwafina played Goh Peik Lin - Rachel Chu's BFF (Constance Wu). Awkwafina's acting was awesome in CRA. She really stills the show. That's why Awkwafina is the most successful CRA star. Besides CRA and The Farewell, the 31-year-old actress has also star in Ocean's 8, Jumanji: The Next Level, The Angry Birds Movie 2. She will soon star in The SpongeBob Movie: Sponge On The Run, Raya And The Last Dragon, The Prom, and Breaking News In Yuba County. 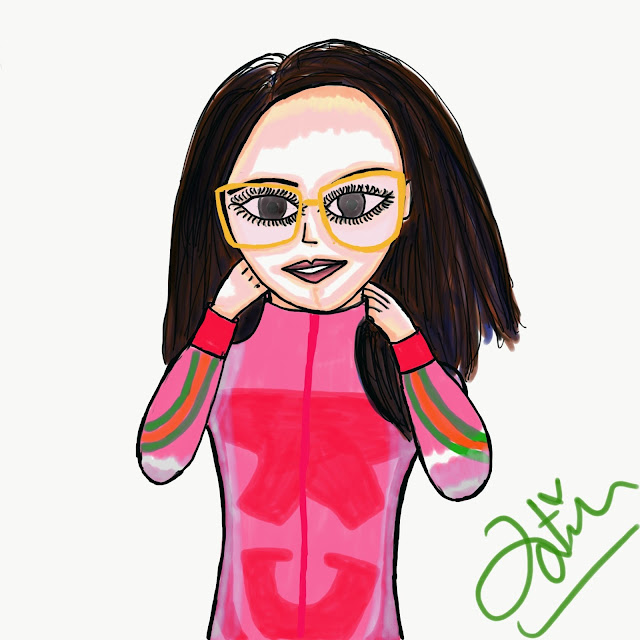 My illustration of Awkwafina. You can check out my illustrations at my art gallery @fmooneira_art (just click the link ^_^) 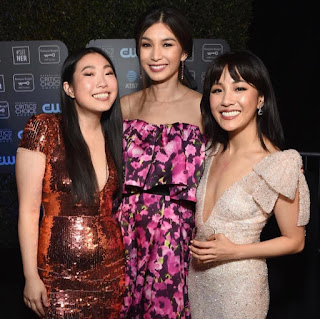 Awkwafina is one of the Asian actresses and celebrities that I admire besides Song Hye Kyo, IU, Im Yoona, Bae Suzy, and Gemma Chan. Besides her acting talent, there are four things about Awkwafina that makes me admire her. I believe these four things have contributed to Awkwafina's success and make her the star she is today. And the four things are...

#1 She Has Her Own X-Factor 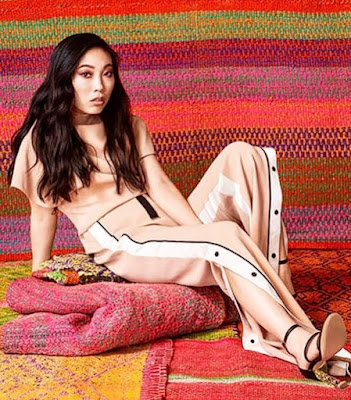 Awkwafina has her own X-Factor. Awkwafina has a cool personality that makes her look so attractive and stunning to others. She is also a very confident woman. This is a good example for young girls.

#2 She Is A Beauty Of Her Own Class 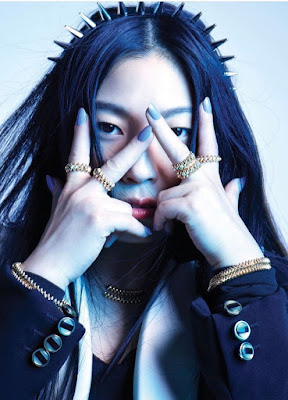 One of my fellow bloggers -Rawlins once said: "Awkwafina is a beauty of her own class". I second that Rawlins. Awkwafina is one of the women that redefine beauty. This is one of the reasons I admire Awkwafina. This is also the reason why I listed Awkwafina in FADIMA MOONEIRA'S LIST: 10 HOTTEST ASIAN ACTRESSES OF 2019 (click the link). Awkwafina prooves that a woman or an actress does not need to be stunningly beautiful to be successful in show business. You just need to have the talent, personality, style, passion, confidence, and sincerity in doing your job. Yep, that what Awkwafina is. She's amazing ^_^

#3 She Has A Cool Fashion Sense 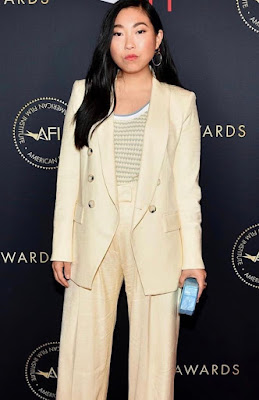 #4 She Is A Confident Woman, But She Is Also Humble 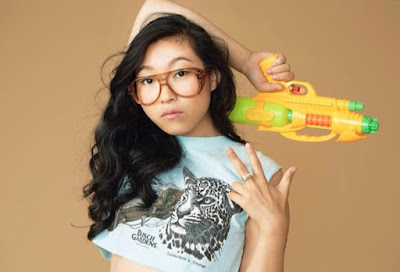 Awkwafina always appears confident on TV, award shows, magazines, and other interviews. Her confidence makes her an attractive actress. She may look loud and aggressive to some people, but deep down Awkwafina is just another girl-next-door. All the things that she said in her interviews and her speech at the Golden Globe Awards proved that Awkwafina is a down-to-earth woman. And that makes me admire her even more. 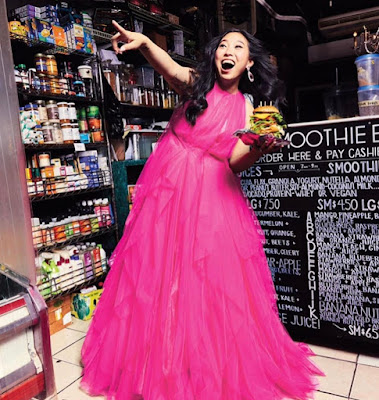 So is there anyone of you here a fan of Awkwafina too? What do you think about this Chinese-American actress? What do you like about Awakwafina?

Email Post
Labels: Celebrities Hollywood Pop-Culture
Fadima Mooneira
Fadima Mooneira is a millennial author, content creator, blogger, and illustrator from Malaysia. She describes herself as artistic, creative, innovative, imaginative, and trendy. Fadima likes to write about lifestyle, pop-culture, edutainment, travel, and beauty. As an author, Fadima has published four books. Fadima has an MBA in Marketing from the National University Of Malaysia (UKM) & a BSC Hon's In International Fashion Marketing from Manchester Metropolitan University.