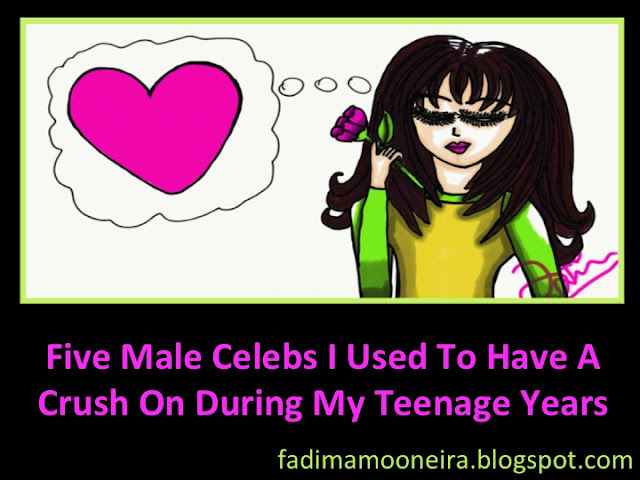 Happy February. I am back with my first February 2020 post and  I would like to share with you one of my sweet teenhood memories. We were teenagers before and we had loads of sweet teenhood memories that we cherish for the rest of our lives. One of our sweet memories as a teenager is having celebrity crushes. We all had celebrities that we admired, idolized and fantasized during our teenage years.

I still remember, when I was a teenager I used to had some posters of hunky male celebs that I admired on my walls, wardrobe and even study desk. I even had their pictures in my wallet, diary, and textbooks. Hehehe. This is the topic that I'm going to share with you guys today. I'm gonna write about five male celebs that I used to have a crush on during my teenage years. Now let's not waste time and get on with the list... 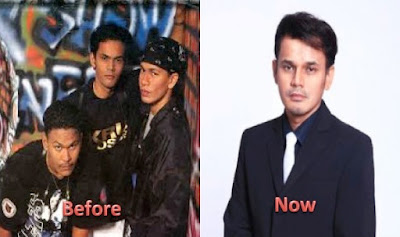 In the before picture, Yusry is in the center with his KRU brothers - Norman (right) and Edry (left)

Yusry Abdul Halim is a member of an all-boys-and-brothers-group, KRU. Yusry was the lead vocal and the face of the group. During his youth days, Yusry was an ultimate Malaysian heartthrob. Yusry used to be most Malay girls' (of my generation) first celebrity crush. Yusry was my first celebrity crush too. I had a crush on Yusry when I was 11 years old. I admired Yusry for his good looks, talent, and creativity in music. Yusry is now 46 years old. He is still active in songwriting and film making. He is now married to Lisa Surihani (one of Malaysia's most beautiful actresses). 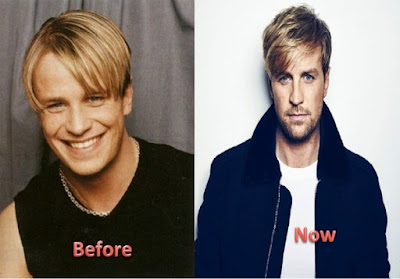 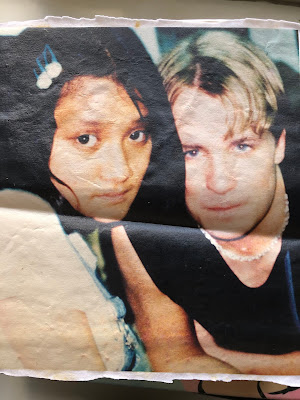 Kian Egan is a member of Westlife (an Irish boyband). I admired Kian when I was 13 years old. I met Kian in person, had his autograph, and took a picture with him when Westlife first came to Malaysia in 1999. Meeting Kian was one of my sweetest teenhood memories. 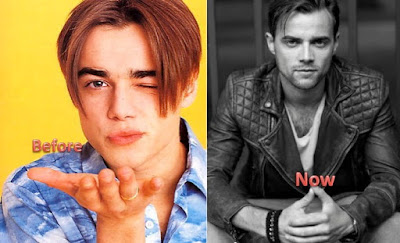 Ben Adams is a British singer and songwriter. He was a member of a boyband called A1 (a British boyband famous during the early millennium). I had a crush on Ben when I was 14 years old. I admired Ben for his sweet babyface, baby blue eyes, curtain hair, and talent in music. I watched Ben and his A1 mates -Mark Read, Christian Ingebringsten, and Paul Marazzi once at Planet Hollywood, Kuala Lumpur when the band first visited Malaysia in 2000. 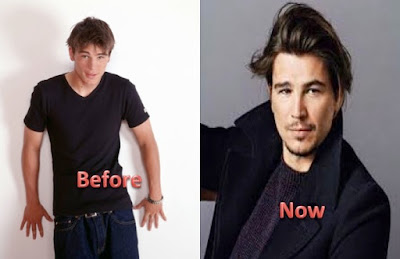 I had a crush on this hunky Hollywood actor when I was 15 years old. I first watched him in Pearl Harbor (a 2001 Hollywood film). I thought Josh was handsome and super hot (well, he is still now). I used to hang a poster of Josh on my wardrobe door. Josh is now 41 years old and he is now a film producer. 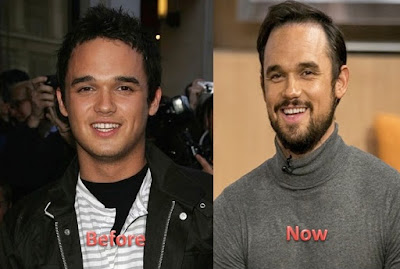 Gareth Gates is a British singer and songwriter. Gareth rose to stardom after he won first-runner up in Pop Idol (a talent reality TV show). I had a crush on him when I was 17 years old. Gareth was a very cute and adorable guy. I like his sweet babyface and gap-tooth (I am a gap-tooth too ^_^). I used to hang his posters on my walls, had his pictures in my wallet and textbooks. I even dreamed to have Gareth Gates as my prom date and future husband (whoops). I remember, I once designed my prom and wedding dress that I am going to wear with Gareth during our big day. Hehehe..........those were the days.........

These are the five celebrities I used to have a crush on during my teenage years. What about you guys? Who were the celebrities you admired during your teenage years? Pls, don't be shy to share your sweet teenhood memories with me in the comment box below.

According to research, celebrity crushes play an important phase in our sexual development and interpersonal self. Celebrity crushes are a rite of passage and a safe space to explore our identities in romantic and sexual ways. Research also says, our celebrity crushes tells us our ideal type and guide us when we make decisions about our own partners and even fuel our fantasies.

I LOVE MEN WITH ELECTRIFYING EYEBROWS

Email Post
Labels: Celebrities Lifestyle Pop-Culture
Fadima Mooneira
Fadima Mooneira is a millennial author, content creator, blogger, and illustrator from Malaysia. She describes herself as artistic, creative, innovative, imaginative, and trendy. Fadima likes to write about lifestyle, pop-culture, edutainment, travel, and beauty. As an author, Fadima has published four books. Fadima has an MBA in Marketing from the National University Of Malaysia (UKM) & a BSC Hon's In International Fashion Marketing from Manchester Metropolitan University.