FROM GUEST WRITER'S DESK: My Hajj Experience by Madihah 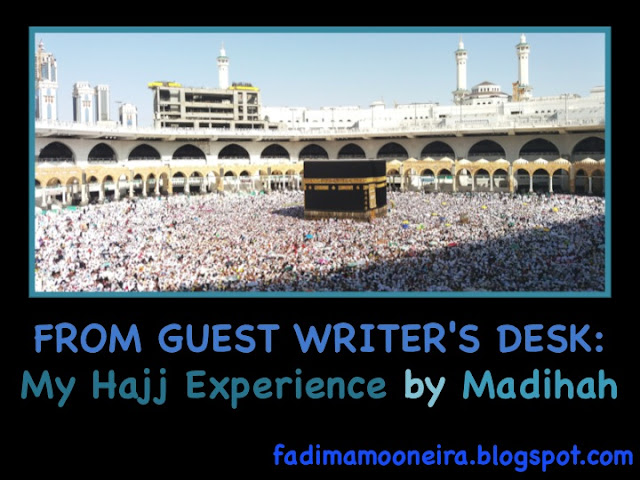 Tomorrow (31.07.2020) all Muslims will celebrate Eid Al-Hajj. So today, I am sharing an Eid Al-Hajj special on my blog. Today, I am featuring a Guest Writer for this special post. My guest writer today is Madihah a.k.a Maddy M (she was the first guest star for my Bookworm Interview series - Bookworm Interview 1: With Maddy M). Madihah is also one of my BFFs, a travel blogger, and an Instagrammer. Last year, Madihah performed her Hajj. So today, she is sharing her Al-Hajj experience with you guys on my blog.

The opportunity to travel to the Muslim Sacred Lands of Makkah and Madinah is a godsend. Most Muslims believe that it meant being invited by Allah Himself to be His guests at His Holy Lands. I was blessed with the opportunity to perform my Hajj pilgrimage in year 2019, at the age of 33 – and that was quite a young age, considering the mostly aged Malaysian pilgrims.

I spent about 42 days in Saudi Arabia to not only complete the Hajj rituals, but also to engage in other acts of worship – an opportunity of a lifetime should never be let to waste, no? I also joined some sightseeing trips to several Muslim historical places to better appreciate the stories of the Prophets, particularly Prophet Muhammad (PBUH). 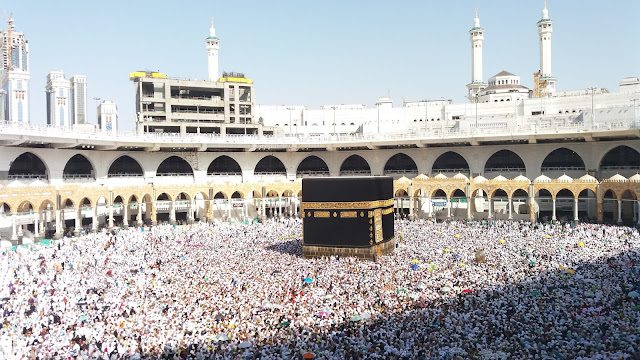 A sea of pilgrims flooding the Kaabah to perform the tawaf ritual (Image: Madihah's IG @maddyandthejourney)

Makkah is a very peaceful place, and so tranquil it is it felt quite otherworldly to me. I feel like I was in a world where problems did not exist. I did, in fact, had forgotten all the problems and miseries I had back home in Malaysia. In Makkah we spent most of our waking hours in the mosque of Masjidil Haram where we pray, read the Quran, do the tawaf around the Kaabah, or simply resting inside the mosque (it is believed that you will receive rewards from Allah simply by looking at the Kaabah).

The main highlights of the Hajj ritual (which differentiate it from the Umrah ritual) include the days and nights spent at the sacred grounds of Arafah, Muzdalifah and Mina.

Hajj pilgrims must spend a day in Arafah on the day before Eidul Adha. It was called Arafah Day, and it is believed that beginning from noon onwards, it is the best time to pray for anything that you ever wished for. Friends and family back in Malaysia had contacted us pilgrims beforehand, listing down all their wishes – and on Arafah Day we will spend hours praying with the hopes that Allah will grant not only our wishes but also our friends’ and families’ wishes. It was a magical moment – despite the large number of people crowded in Arafah, everything was very quiet beginning from noon till sundown. Pilgrims stood (or sat) still for hours, everyone drowned in their own prayers. And it was magical too, that a year onwards, many of the things I had prayed for during Arafah Day had been granted by Allah.

After sundown in Arafah, we were brought to Muzdalifah, a vast open-air piece of land where Hajj pilgrims must spend the night. We searched for some space to lie down (it was very crowded!) and tried to get some sleep – but it was hard to sleep due to the crowd and also the fact that lying down on the tarmac was hurting your back. Pilgrims jokingly called Muzdalifah the “1000-stars hotel” because we got to see all the stars in the night sky while trying to catch some sleep.

Soon after dawn, pilgrims will go to Mina to spend at least three days in camp there to observe the stoning ritual. It was a symbolic ritual of stoning the devil to commemorate Prophet Abraham (PBUH) when he threw stones at the devil who tried to dissuade him from carrying out the orders of Allah. Pilgrims had to walk about 3 kilometres from camp in order to reach the jamrat, the location where we have to throw the stones into a sort of deep shaft. Some people called the jamrat as the home of the devils. 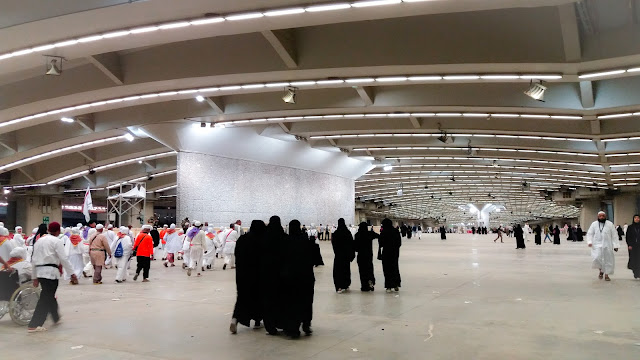 The large pillar is the jamrat, the location for the stoning of the devil (Image: Madihah's IG @maddyandthejourney)

And then we had to walk another 3 kilometres to return to camp. Surprisingly it was not a tiring walk for me, for the route was not very crowded and once you know which way to go, you can always walk at your own pace. On the first day of the stoning, Saudi security guards waited along the way to spray some fresh water on the faces of pilgrims to prevent us from fainting or getting the heat stroke. The mood had been quite celebratory, and it had felt like some sort of water festival. Adding up to the merriment were pilgrims from Indonesia, which chanted and sang the takbir and salawat loudly while walking in large groups towards the jamrat. 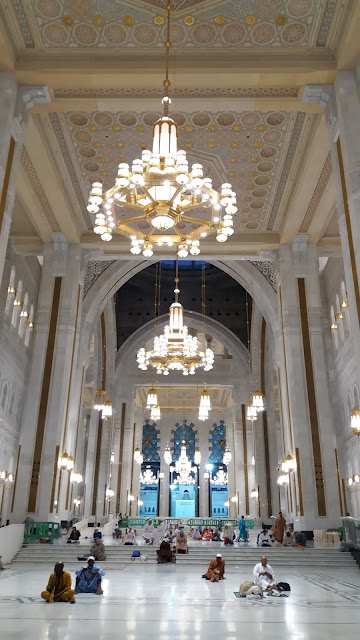 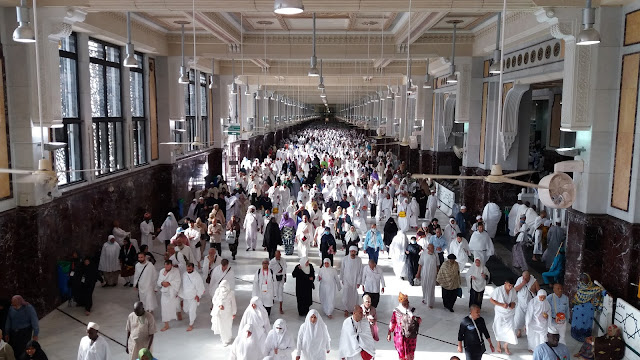 Pilgrims from all over the world performing the saie (Image: Madihah's IG @maddyandthejourney)

After returning to Makkah from Mina, pilgrims thronged to Masjidil Haram to perform the tawaf and saie – and with the completion of both, one’s Hajj ritual is concluded. The journey to perform my Hajj ritual was, up until now, the best thing that had ever happened in my whole life. I wish I could relive the moments again, but in reality it is – for most people – a once in a lifetime occurrence.

Story And Images From: 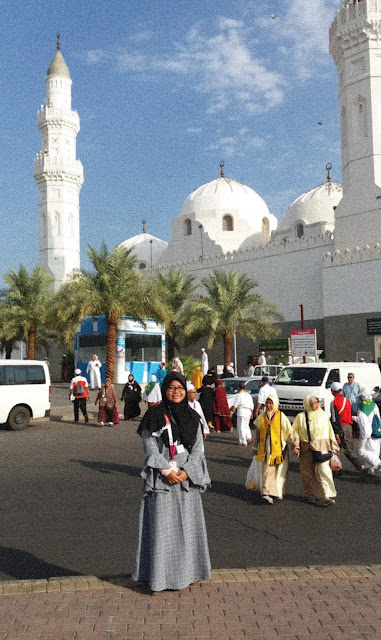 Owner of SM Books And Collectibles. Love travelling and reading and very obsessed with miniatures.