NOVEL REVIEW: Where The Crawdads Sing By Delia Owens 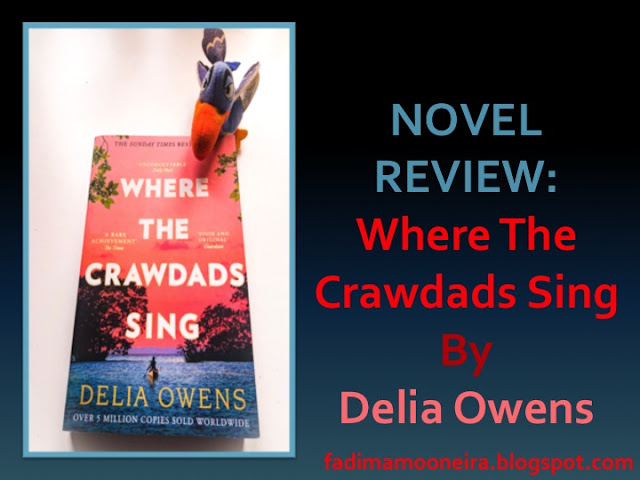 How's everyone doing? I hope you guys are doing good even tho the world now is not really in a good situation. I just finished reading a novel titled, Where The Crawdads Sing (WTCS) last two days. The novel is written by Delia Owens. Today, I'm going to share with you guys my review of WTCS. Now let's begin with the author's short bio. 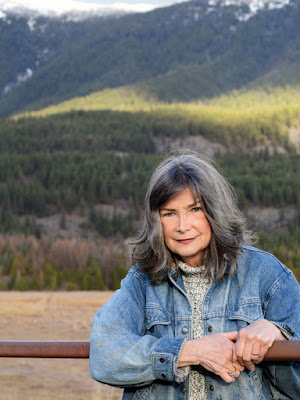 Delia Owens is an American author and zoologist. She was born in Georgia and now lives in Idaho. Where The Crawdads Sing is Owens's first novel. Before becoming a novelist, Owens writes non-fiction books about her life as a wildlife scientist in Africa (she used to live in Africa for quite a long time). Most of her non-fiction books were a bestseller. Owens has won the John Burroughs Award for Nature Writing. Her works have also been published in Nature, The African Journal Of Ecology, and many others.

ABOUT WHERE THE CRAWDADS SING 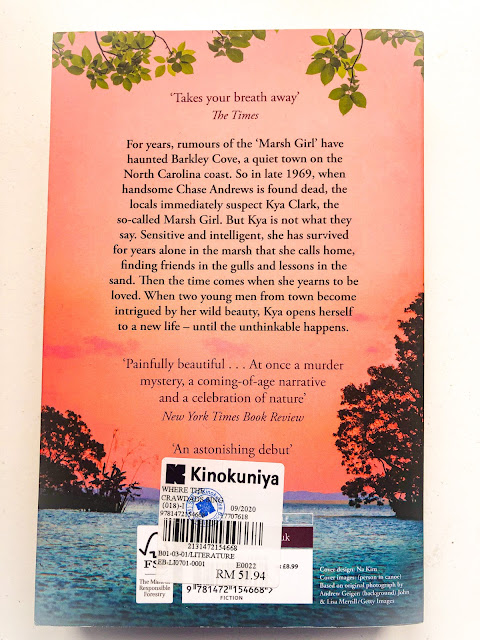 The whole setting of the story takes place in Barkley Cove, a small quiet town on the North Carolina coast. WTCS tells the tale of a young woman named Kya Clark. Kya lives in the Marsh (a swam place in Barkley Cove). Kya is different and she is also considered wild by the townspeople. Most of the townspeople are prejudice against Kya. They think she is dirty and uncivilized. They even nicknamed her the 'Marsh Girl'.

But Kya is not what they say. Kya is sensitive and shy, but yet intelligent and brave. Kya was abandoned by her own family at the age of 10. Since she was 10 years old, Kya had survived on her own in the Marsh by selling clamps and mussels. She had also made friends with nature. To Kya, the Marsh is her home.

When Kya was a teenager, she met a handsome boy named Tate. Tate taught Kya how to read. From friends, they became lovers. But later, Tate had to leave for college. So Kya was alone again.

Four years later, Kya met the town's heartthrob and quarterback, Chase Andrews. Kya and Chase started dating. Chase was very handsome, romantic, and a sweet talker. But he was not a sincere person. Kya at first thought Chase loved her. He told her that he will marry her. But in the end, he cheated on her and married another girl. Again, Kya was heartbroken.

In October 1969, Chase is found dead under the firehouse. The town's police suspect it's a murder case. Most of the townspeople immediately suspect Kya of murdering Chase. But is it true? Did Kya really kill Chase? What? Why? When? Where? Who? And how? 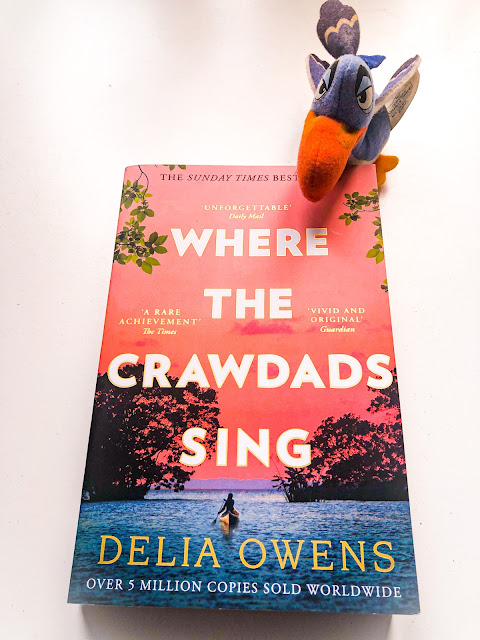 WTCS is a very beautiful novel. Owens's writing is simply brilliant. I like the way Owens combine nature, science, art, poetry, and creative writing in her work. As a person with zero knowledge of zoology, I learned a lot about it from reading this novel. Reading WTCS also makes me believe that zoology is very interesting. And I want to learn more about zoology after this. Insya'Allah. Besides romance, this novel also has mystery and humanity issues in it.

I also like Kya's character. I think Kya is very brave, strong, and intelligent. The way Owens portrays Kya makes it easy for me to connect with the character. I can feel Kya's feelings from reading this novel.

Overall, I rate WTCS 10/10. I highly recommend all bookworms to read this novel. Guys, Where The Crawdads Sing is a MUST-READ novel. Plus, WTCS is already listed as Sunday Times Bestseller. The novel already receives positive feedbacks from novel critics, the media, book clubs, and readers. I also just heard the news yesterday, that WTCS will soon be adapted into a movie. Wow!!!!!! I'm totally excited about that. I hope Kya's character will be played by Zendaya. With her dark exotic beauty, I think Zendaya is the most suitable actress to play Kya Clark.

Ok, that's all for now. Before I end this post, I would like to ask my readers two questions. Has anyone read Where The Crawdads Sing? If yes, what are your opinions on the novel and Delia Owens's writing? Pls, share them with me in the comment box below.

Thank you for reading. Hope to see you guys again soon.