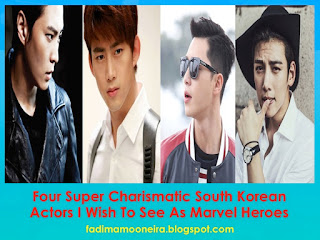 Marvel Cinematic Universe (MCU) has introduced hundreds of characters from their comics through past decades and bring some of their most powerful and popular superheroes to the big and small screens. Besides bringing their superheroes to fame, Marvel also brings fame to the actors who star as their superheroes. But for an actor to be selected as a Marvel superhero isn't easy. Besides good looking, the actor also has to be good at acting, has the X-Factor and super charismatic(the most important thing for a superhero).

As a fan of MCU, I follow their news and updates. I am always excited to know their next movie, projects, and of course superheroes. One of the latest news from MCU is that they are planning to bring Shang-Chi to the big screen. Yay!!! Shang-Chi is an Asian Marvel hero and he is also known as the "Master of Kung Fu". As an Asian woman, I am totally excited for Shang-Chi. I am also excited to see which lucky actor will be selected for the role. Asia has a lot of charismatic and handsome young actor that is suitable for the role of Shang-Chi.

As a fan of Asian and South Korean pop culture (Hallyu), I have listed four super charismatic South Korean actors that I wish to see as MCU heroes in the future. However, I am not saying that these four hunks are the most suitable candidates for Shang-Chi. They can be any MCU superheroes. Now let's get with the list... 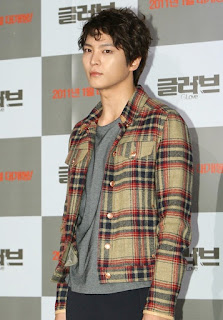 This 32 years old South Korean heartthrob has it all - he is handsome, intelligent, a good actor and super charismatic. He is also well built and around 185 cm tall. With his authentic oriental looks and creamy fair complexions, Moon Joo Won is suitable to land a role as a Marvel superhero. 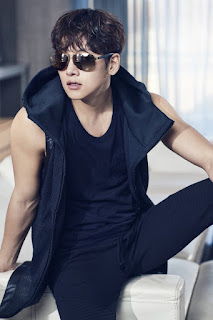 Known as the South Korean flaming charisma, Ji Chang Wook is also the most good looking Asian actor among his generations. Ji Chang Wook is a versatile actor - he can be an action and a romantic hero. Most characters that he played give girls the impression that they should find a guy who can protect them as much as how Ji Chang Wook does it in his projects. This is the kind of person MCU need as their superhero. Plus his acting in Healer and The K2 proves that Ji Chang Wook is born a superhero. 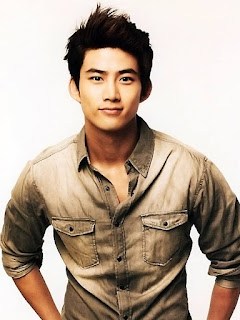 2 PM's rapper Ok Taecyeon is another candidate for Marvel superhero. Like Moon Joo Won and Ji Chang Wook, Taecyeon is also well known for his good acting talent, intelligence, charisma, X-Factor, cool personality, good looks, and hot body. Even his mates called him Captain Korea because he has the body. If you are a fan of Taecyeon, you need to follow him on Twitter @taeccool. He tweets intellectual stuff that is so cool to read. Hehehe... just a recommendation ^_^ 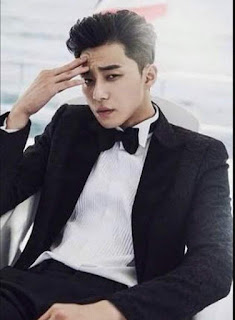 Ok'lah, that's all for this post. Hope you all enjoy reading this post. Please take note this is just my opinion. Have a good weekend and take care.

Email Post
Labels: Celebrities Fan Fiction Hallyu My Opinion
Fadima Mooneira
Fadima Mooneira is a millennial author, content creator, blogger, and illustrator from Malaysia. She describes herself as artistic, creative, innovative, imaginative, and trendy. Fadima likes to write about lifestyle, pop-culture, edutainment, travel, and beauty. As an author, Fadima has published four books. Fadima has an MBA in Marketing from the National University Of Malaysia (UKM) & a BSC Hon's In International Fashion Marketing from Manchester Metropolitan University.