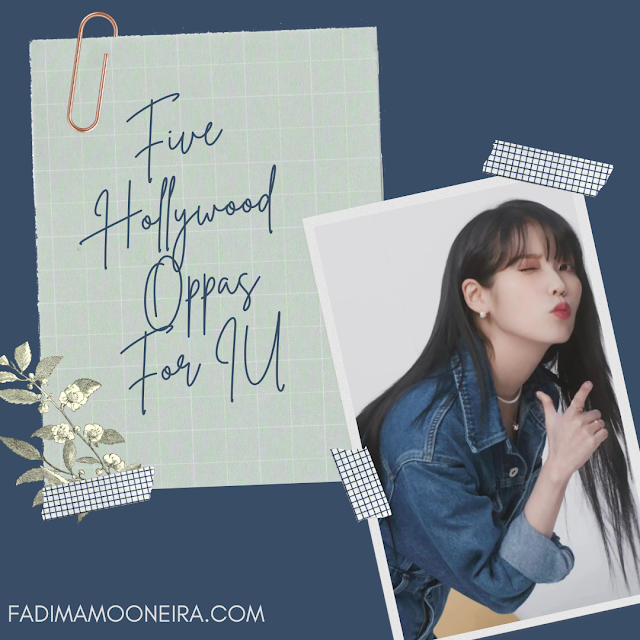 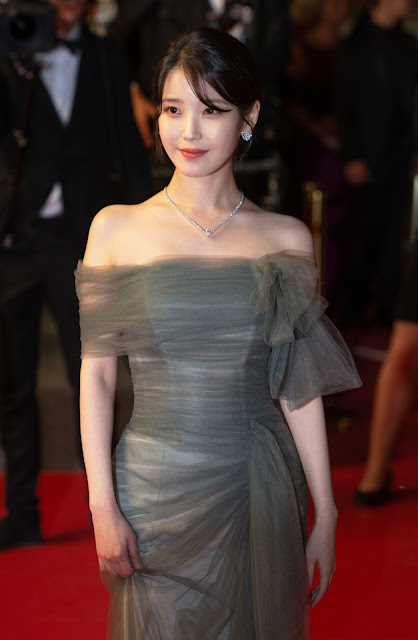 South Korean sweetheart, IU at the Cannes Film Festival last month
Last month, IU attended the Cannes Film Festival 2022 in Cannes, France. She was there for the premiere of her latest film, Broker. IU charmed many international media, filmmakers, and fans with her charisma, elegance, and beauty. She received many compliments from international media. As a fan, I'm proud of IU. She's really an Asian beauty and made Asia proud.
IU's appearance at the event brings more rumors that the beautiful actress could be on her way to Hollywood. There are so many international filmmakers interested to hire her for their films. As a fan, I hope this rumor will come true. It will be a dream come true for me to see IU making her debut in Hollywood. Therefore, I would like to revive this post I wrote in 2019. In this post, I listed five Hollywood actors that I believe are suitable to be IU's leading guy. Now let's check out the list...
PS: Oppa(오빠) means "an older brother", and it is only used when a girl is calling an older brother or an older man who she trusts. In Korean, when a girl calls a man "Oppa", it implies that she regards him as an older brother who usually takes care of everything about her like her parents. In Korean culture, an older brother has a similar role to parents who take care of the family. So, when a girl calls a man "Oppa", it implies that she trusts him like she trusts her parents, and also it implies that she allows him to take care of her as her parents are doing to her. When a girl calls a man Oppa, it is supposed that she regards that he is in a position to treat her a meal, and you can see such a scene in Korean movies and dramas. Also, when a girl is calling a man "Oppa", he feels that he can get closer to her easily. Because of this cultural background, "Oppa" is used by a girl when she wants to express her good feeling toward a man, and often Korean female fans call a male celebrity "Oppa". In Hallyu, Oppa is also the word or term to describe a handsome man or hunk. 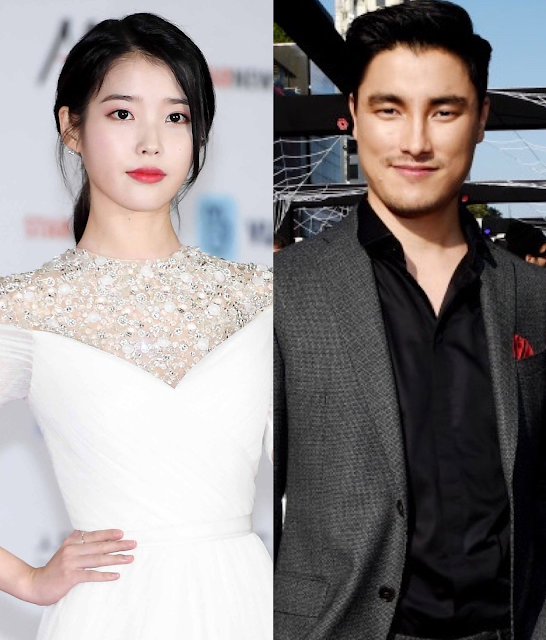 Spider-Man: Far From Home and Crazy Rich Asians actor, Remy Hii is on top of my list for IU. Those who are avid readers of my blog and know me outside this blog know that Remy Hii is my man-crush. And IU is my girl crush. So it would be a dream come true for me to see IU and Remy Hii as an on-screen couple. Oh please let this happen! I believe Remy Hii and IU will create beautiful chemistry together. Both are beautiful, talented, and have the same adorable smile. So there's no reason for any filmmakers not to cast them as an on-screen couple. And there's no reason for IU and Remy Hii not to work together.  Even the picture above proves so ^_^ 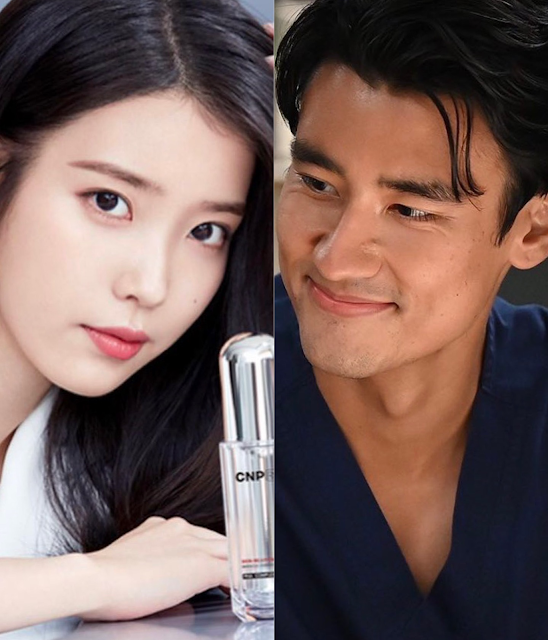 This gorgeous Grey's Anatomy actor was not on the list when I wrote this post back in 2019. At that time I did not know the existence of Alex Landi yet. Omg! I'm terrible ^_^ But when I found out about him, I believe he is one of the suitable oppas to be IU's leading guy. He is good-looking, charismatic, charming, talented, and has a very polite personality. I'm sure IU will enjoy working with Alex Landi. Plus, they both will create beautiful chemistry together. 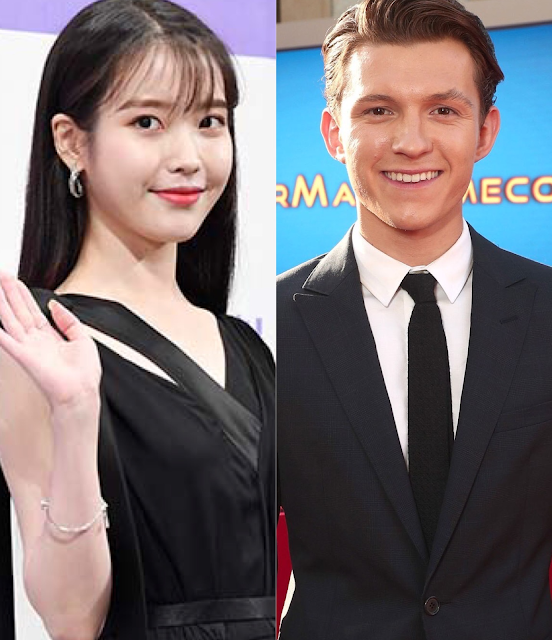 Besides Brad Davis, Peter Parker is also on the list. Tom is cute, adorable, charismatic, and a very good actor. He's also a gentleman and a good person to work with. So why not? But Tom is not an oppa to IU. He is younger than her. So Tom is IU's dongseng. Yeah, IU and Tom Holland will make a cute noona and dongseng couple. 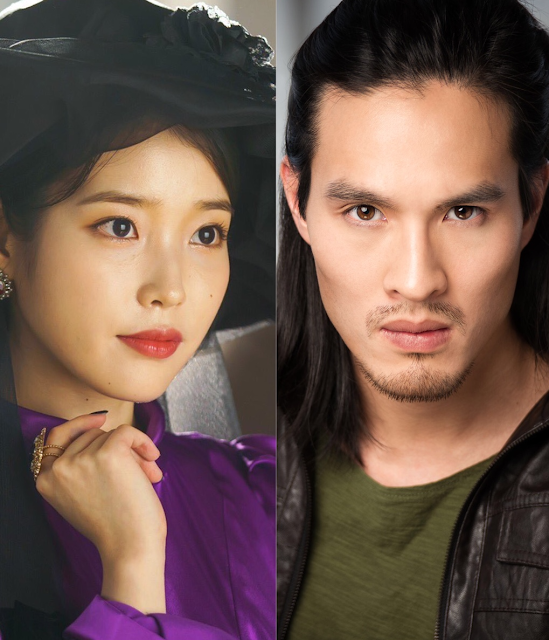 Desmond Chiam is now one of the stunning Asian heartthrobs in Hollywood. This Asian hunk is not just a handsome face. He is intelligent and super talented. Besides acting, Desmond is also good at dancing and scriptwriting. He's a great oppa to become IU's leading guy. 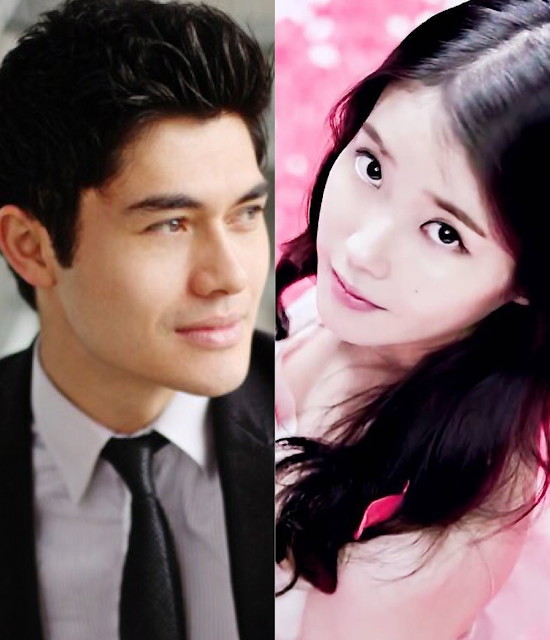 This list won't be complete without Malaysian-born actor, Henry Golding in it. Henry Golding is now one of the hottest Asian hunks in Hollywood. He is talented, charming, charismatic, has his own X-Factor, and has a good personality. He will be an awesome leading guy for IU. Umm... just my 20 cents, if Henry Golding is selected to play James Bond, I want IU as his Bond girl. Hehehe ^_^

Ok, so these are the five Hollywood oppas I selected for IU. So which one of these Hollywood oppas do you guys believe will make a good leading man for IU? And why? Please share your opinions in the comment box below.
Ok, this is all for now. Thank you for reading this post ^_^

FIVE THINGS THAT IU, YOONA & SUZY HAVE IN COMMON

Email Post
Labels: Celebrities Hallyu K-Drama K-Pop
Fadima Mooneira
Fadima Mooneira is a millennial author, content creator, blogger, and illustrator from Malaysia. She describes herself as artistic, creative, innovative, imaginative, and trendy. Fadima likes to write about lifestyle, pop-culture, edutainment, travel, and beauty. As an author, Fadima has published four books. Fadima has an MBA in Marketing from the National University Of Malaysia (UKM) & a BSC Hon's In International Fashion Marketing from Manchester Metropolitan University. 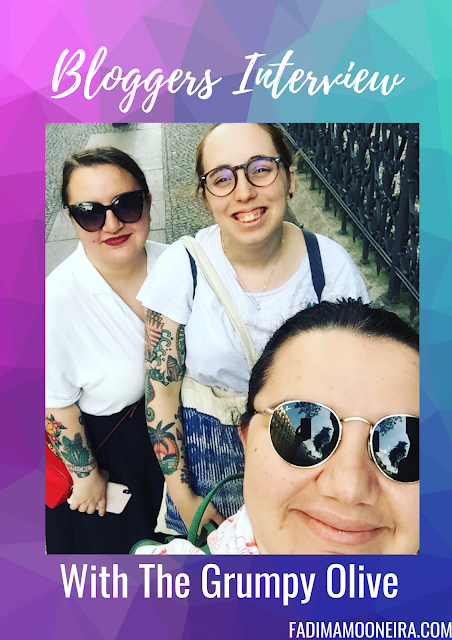