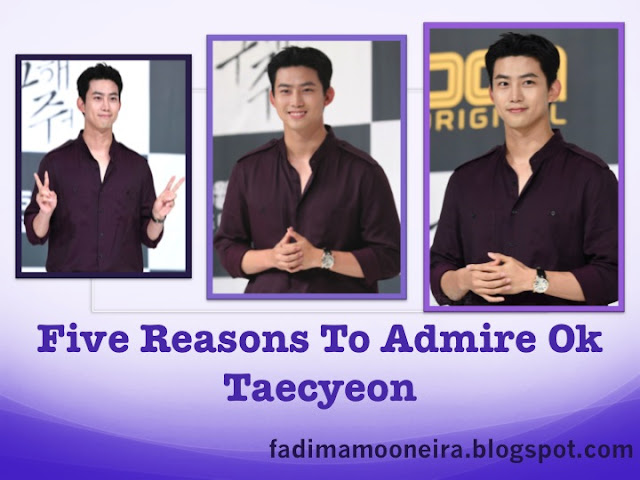 As an ordinary person, we all have celebrities that we love, admire, and idolize. Some celebrities are admired by fans because of their talent and good looks, while some are admired because they also have the x-factor, charisma, and personality. These are the kind of celebrities that fans don't just see them as an idol to have a crush on, but also a role model and good example for them to follow.

One of the celebrities with these qualities is Ok Taecyeon (a.k.a Taecyeon). Taecyeon is a South Korean rapper, singer, songwriter, actor, and entrepreneur. He is the main rapper for 2PM (South Korean all-boy group). Taecyeon was born in Seoul, South Korean on the 27th of December 1988 (he is going to be 32 this year). Taecyeon and his family moved to America when he was only 10 years old. He grew up in Boston and went to Bedford High School. He returned to South Korea to pursue his career as a celebrity. 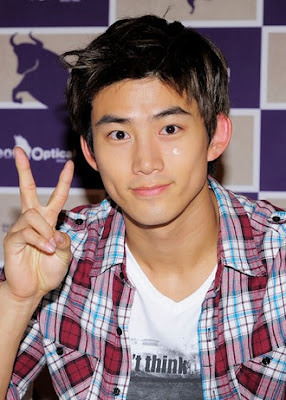 The most good looking rapper in the world - Ok Taecyeon (Image: seoulawesome.wordpress.com) 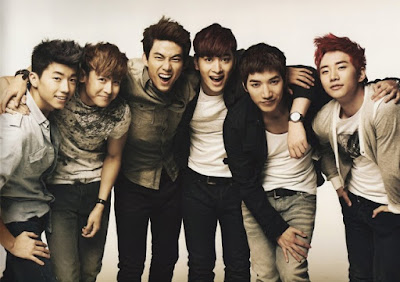 As a celebrity, Taecyeon is very successful. He is well-known and adored for his talent in music and acting. He has won numerous awards for both acting and singing in the Hallyu entertainment industry. Taecyeon is one of the most admired Asian heartthrobs besides Lee Joong Ki, Park Seo Joon, Ji Chang Wook, Moon Joo Won, and Kim Soo Hyun. Taecyeon is also one of the male celebrities that I loved and admired. That's why I listed him in my 10 Hottest Asian Actors of 2019 and Four Super Charismatic South Korean Actors list. I believe Taecyeon is more than just a talented and handsome face celebrity. He has more qualities than just being talented and handsome. I always see Taecyeon as a role model for me to follow and idolize. In this post, I am going to share with you five reasons for me to admire Ok Taecyeon. So here are the five reasons.........

#1 HE IS SUPER CHARISMATIC 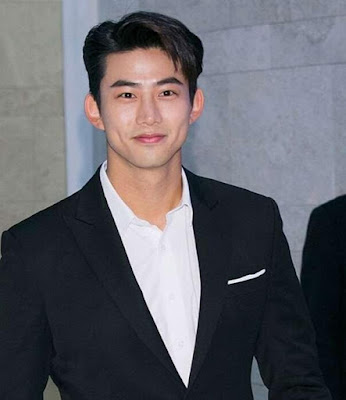 Like Ji Chang Wook, Moon Joo Won, and Park Seo Joon, Taecyeon is also known for his flaming charisma and aura. He is super charismatic. I believe this is one of the reasons why girls admire him. To me, Taecyeon is very fit and suitable to be a Marvel superhero. His natural charisma says that he is born to be a superhero. So MCU, what are you waiting for? Pls make Taecyeon one of your superheroes. Let him be Amadeus Cho. He also has gorgeous visuals to match his charisma.

#2 HE HAS A COOL PERSONALITY 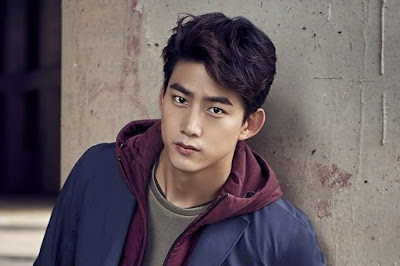 Always humble and down to earth heartthrob (Image: popbela.com)

Although Taecyeon is always complimented for his good looks, talent, and charisma, he is still humble and down-to-earth. He is also very friendly, kind, and appreciative of his fans and fellow celebrities. This makes Taecyeon a cool person. A man with a cool personality is always humble and down-to-earth. Guys, pls take note. Taecyeon's cool personality makes him lovable to his fans, fellow colleagues, and those in the entertainment industry.

#3 HE IS VERY BRIGHT AND INTELLIGENT 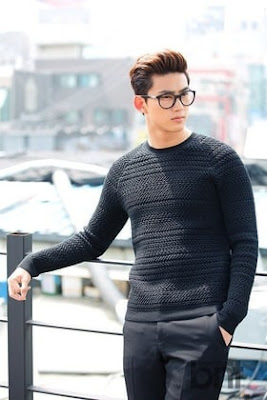 Taecyeon is also listed as one of the most intelligent celebrities in Hallyu entertainment. Taecyeon attended Korea University Graduate School of International Studies, and he has a degree in Business Administration from Dankook University, South Korea. During his high school years, Taecyeon was a member of the Chess Club, Jazz Band, JV Soccer Team, and National Honor Society. Wow!!!!!!!! I'm sure this guy is already a heartthrob before he became a celebrity. Taecyeon also shares intellectual stuff on his Twitter @taeccool and Instagram @taecyeonokay. If you are a fan of Taecyeon, you need to follow him on his Twitter and Instagram. I also liked watching Taecyeon's interviews on YouTube. He answered all the questions well and show his cool personality to audiences. He also speaks four different languages - Korean, Japanese, English, and Spanish. 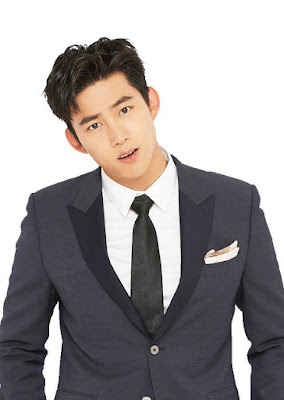 
Taecyeon's cool personality and intelligence make him a very sophisticated person. As a fan, I always see Taecyeon as a man of class. Taecyeon is always seen well mannered during interviews and TV shows. Plus, he is also well dressed.

#5 HE IS EVERY AHJUMA FAVORITE BOY 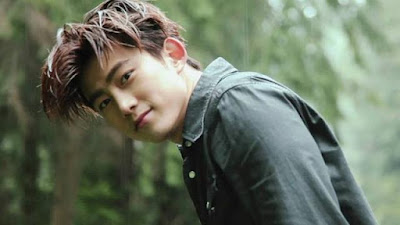 We know that Taecyeon is handsome, cute, talented, intelligent, cool, and well mannered. All these qualities make Taecyeon every ahjuma (old ladies/mothers/aunties) favorite boy. Of course, who would not love Taecyeon? Taecyeon has always been every ahjumas dream son/son in law. Taecyeon is also my mother's favorite boy. My mother adores Taecyeon a lot. She is even a bigger fan of Taecyeon than I am. Taecyeon, in case you read this post, pls say Hi to my mother. That will make her day. To all the single girls out there, if you are looking for a boyfriend or life partner, find someone like Taecyeon. I'm sure your mother will approve of him automatically. Hehehe ^_^ 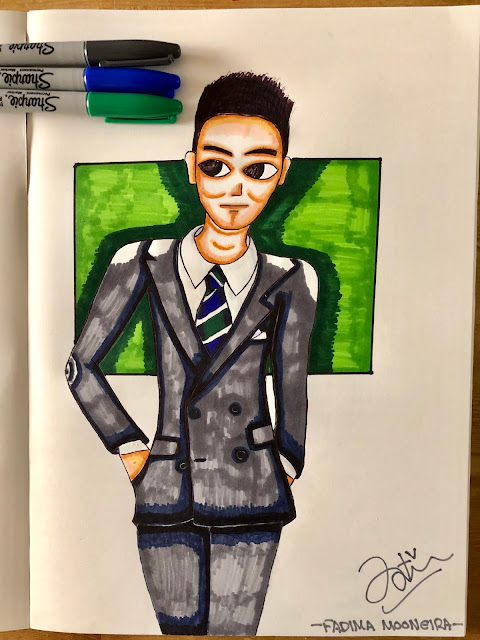 
Okay,... so these are the five reasons for me to admire 2PM's rapper-Ok Taecyeon. As a fan, I wish Taecyeon all the best in his career. I hope to see Taecyeon make his debut in Hollywood one day. I believe Taecyeon has all the packages and qualities to go international and further in his career.

Taecyeon is now hot with his new drama - The Game: Towards Zero (TGTZ). In TGTZ, Taecyeon plays Kim Tae Pyeong, a guy who has special powers and can see death by looking at a person's eye. TGTZ is a crime and thriller drama. In the drama, Taecyeon stars alongside Lee Yoon Hee (the lead female), Im Ju-Hwan, Park Ji Il, and Choi Jae Woong. TGTZ is an exciting drama with an interesting storyline. For those of you who are a fan of Taecyeon or crime dramas, I would like to suggest you to watch TGTZ. You can watch it online at kissasians.sh.

Okay, that's all for now. So is there anyone of you a fan of Taecyeon too? What are your opinions about this gorgeous South Korean rapper, singer, songwriter, actor, and entrepreneur? Pls, feel free to share your opinion with me in the comment box below.