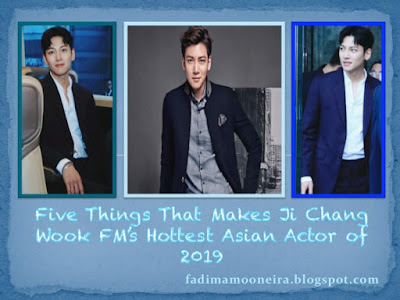 Ji Chang Wook (JCW) is a South Korean actor. He is one of the hottest hunks in the Hallyu entertainment industry right now. JCW was born on the 5th of July 1987, at Anyang, Gyeonggi Province, South Korea. That makes him 32 years old in 2019, and a Cancer guy. JCW has a Bachelor's Degree in Performing Arts from Dankook University.

The gorgeous South Korean actor once dreams to become an engineer when he was a little boy. But as he grows older, he realizes that he has a passion for acting and decides to become an actor. JCW began his career as an actor in musical theaters in 2006. He then rose to fame playing the leading role - Dong Hea in Smile Again (South Korea 2010 - 2011 drama series). JCW has been promoting himself as a celebrity for more than 10 years now. He has acted in a lot of hit dramas, movies, and won many awards.

Last October, I have listed JCW as the no.1 Hottest Asian Actor of 2019 in my list/pervious post- Fadima Mooneira's List: 10 Hottest Asian Actors of 2019 (you can check the list by clicking the link ^_^). I am a big fan of JCW. He is one of the Asian actors that I admire. I first discovered JCW when I watched Warrior Baek Dong Soo back in 2011. In fact, JCW is one of the earliest Hallyu actors that I admire and have a crush on. I still love him now. Hehehe. Besides his hot looks, good acting skills, and charisma, there are other five things that I like about JCW. These five things about JCW makes him the no.1 hottest Asian actors of 2019 on my list. The five things are...

1) He Is A Versatile Actor 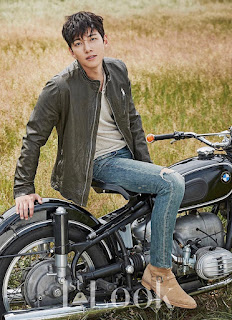 JCW is a versatile actor. He can be a romantic and an action hero at one time. JCW's versatility makes him a dreamboat to the female audiences. Most girls dream to have a boyfriend like all the characters JCW played. They want a guy who can be their superhero and Prince Charming at the same time. In all his action dramas, JCW performed his stunts by himself.

2)  He Has Good Chemistry With His Leading Ladies 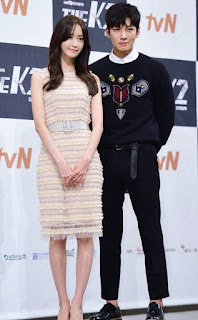 JCW has good chemistry with all actresses that he has worked with. JCW has worked with Im Yoona, Nam Ji Hyun, Ha Ji Won, Park Min Young, and many more. I like his chemistry with Im Yoona the most. He worked with the beautiful Girls Generation member in an action melodrama - The K2 (2016). In The K2, JCW played a secret agent who is also a bodyguard to a congressman and presidential candidate's daughter (played by Im Yoona). To me, Ji Chang Wook and Im Yoona are one of the most beautiful on-screen couples. Both are good actors and beautiful to look at. Ji Chang Wook and Im Yoona's chemistry in The K2 made the drama so enjoyable to watch (of course the drama has a good script, interesting plot, and storyline too). I wish to see Ji Chang Wook work with Im Yoona again in a new drama/movie. I also wish to see Ji Chang Wook work with my favorite actress- IU in the future. I'm sure he and IU will make a beautiful on-screen couple too.

3) He Is Also A Talented Singer 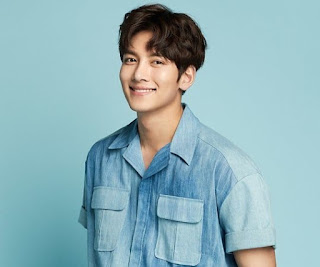 Besides acting, JCW can also sing. He sang in most drama's OST that he played. JCW has a melodious voice that really woos female audiences. JCW's singing talent also made him a dreamboat to his female fans. 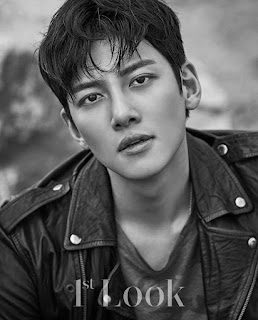 Although JCW is always listed as one of the most alluring Hallyu actors, he is still a down-to-earth lad. He once mentioned that he doesn't think he is handsome. He also said that his double-eyelid makes him look awful. Hahaha..... very funny JCW :P JCW's humble attitude also makes him loveable to his fellow celebrities, people in the entertainment industry, the media, and his fans. 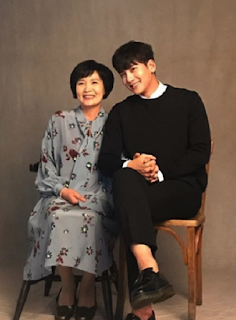 JCW's father died when he was only in elementary school. The gorgeous actor was raised by his single mother who worked at a restaurant. JCW is an only child. He doesn't have siblings. As a result, JCW is very close to his mother. They had a heartwarming mother and son relationship. JCW admits that he is still staying with his mother, and he spends most of his time with her when he is not acting. He also has bought a house for her. What a sweet guy ^_^

So these are the five things that I like about JCW. To me, JCW is the most awesome Asian actor. At the moment, there is no other Asian actor who can't challenge JCW as the hottest. JCW has the X-Factor and charisma of a superhero. As a fan, I wish JCW all the best in his career and the future. In the future, I wish to see JCW make a debut in the Hollywood entertainment. I think he deserves it. I also believe JCW suits to be a Marvel superhero. He has the same charisma as Robert Downey Jr, Jake Gyllenhaal, and Christian Bale. 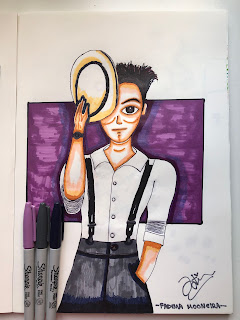 My illustration of Ji Chang Wook (My Instagram @mughunghwa)

Ok, that's all for now. So is there anyone of you a fan of JCW too? If yes, tell me what do you like about JCW? Let's share some opinions on JCW.

Thank you for reading. Take care and have a good day.

Email Post
Labels: Hallyu Pop-Culture
Fadima Mooneira
Fadima Mooneira is a millennial author, content creator, blogger, and illustrator from Malaysia. She describes herself as artistic, creative, innovative, imaginative, and trendy. Fadima likes to write about lifestyle, pop-culture, edutainment, travel, and beauty. As an author, Fadima has published four books. Fadima has an MBA in Marketing from the National University Of Malaysia (UKM) & a BSC Hon's In International Fashion Marketing from Manchester Metropolitan University.