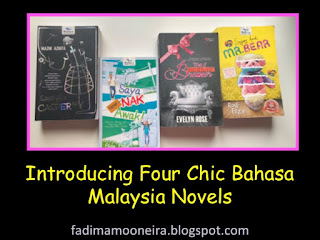 Reading is a hobby that everyone should have. Reading gives you the knowledge, opens your world, enhance your imagination and creativity, and helps you with your language. Reading also makes you a disciplined person and is good for your memory development. That's why we, society needs to develop a reading culture. Authors, writers, book retailers, bloggers, and communities play an important role in developing a reading culture. However, not many people nowadays are into reading. Some find reading is a boring hobby. Some also said they don't have time to read. Some also said books are too expensive now and they can't afford to buy them. There should not be any excuse not to read books. Books are important to us. Even Malaysia's Prime Minister, Tun Dr. M once quote "Jangan kedekut untuk beli buku" / "Don't be stingy to buy books". If you can buy clothes, handbags, jewelry, gadgets, and other stuff, why can't you buy books? Spend money on books and take the time to read.  It is worth it and good for you. 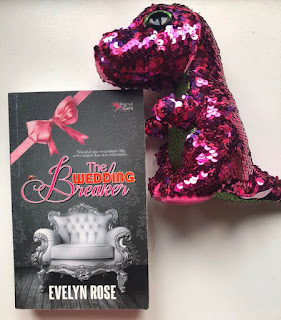 Synopsis:
The Wedding Breaker tells the romance between a young Malay conglomerate named Tengku Adam Kamil, and an ordinary girl named Ariana Rose. Adam and Ariana met each other in an unexpected event. Adam was about to get married to Ariana's best friend, Juwita. Adam and Juwita were about to have an arranged marriage. Juwita did not want to marry Adam. Adam was not a good person and he was a player. He also did not love Juwita. Juwita asked Arian's help to break the wedding. So Ariana disguised herself as a pregnant woman and told the whole guest that she was pregnant with Adam's child. So Adam and Juwita did not get married. Adam wasn't happy with the incident. Ariana had embarrassed him in public. Although Adam is a player and had slept with many women, he did not remember sleeping with Ariana (he never slept or met her before the wedding). Adam held a grudge against Ariana. He seeks revenge on Ariana. Later in the novel, Adam falls deeply in love with Ariana as he gets to know her. He feels that Ariana is destiny for him. 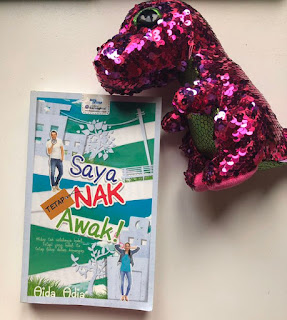 Saya Tetap Nak Awak! (I Still Want You!) is a chic and romantic comedy novel written by Aida Adia. It tells the story of a police officer named Azlan. Azlan is in his late 30's and still single. He is dedicated to his career and will not allow anything to come in his way. Not even love and women. However, Azlan is still a human being with feelings. One day he met a girl named Effa. Effa is different from all women Azlan known. Effa is sassy, smart, and intelligent. She is in her early 30's and still single. Ever since Azlan met Effa, his mind always think about her. Azlan knew that he has fallen in love with Effa.

What's Good About This Novel: 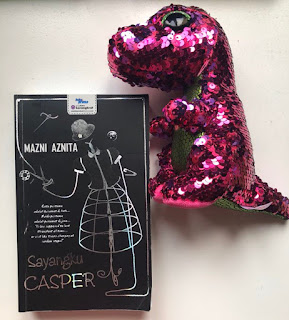 Sayangku Casper (My Love Lady Casper) is a chic and romantic comedy novel. It is also a modern-day Cinderella and Prince Charming love story. It tells the story of an ordinary girl named Tia Adila. Tia Adila was bullied at home by her stepmother and stepsister. Tia Adila cannot stand being bullied at home, so she decided to run away. Far away. To Paris. Before she made her decision to go to Paris, she meets a cute guy named Tengku Rafique (who is the Prince Charming of the story). Tengku Rafique is a Eurasian (Malay + French) businessman who stays in Paris. He flies to Malaysia to search for Madame Marianne's (a successful Parisian fashion designer) missing granddaughter. It is believed that the missing granddaughter is Tia Adila. 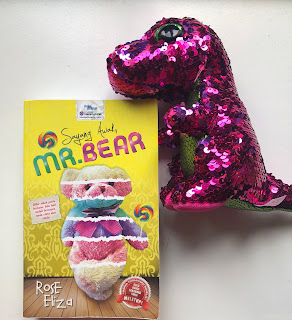 Sayang Awak Mr. Bear (I Love You, Mr. Bear) is a love story between a girl named Nur Edleen, and a guy named Edzuary Safuan. At the beginning of the story, Nur Edleen had an accident that almost causes her life. Her body was burned only her face survived. Edleen was saved by a guy she did not remember. The guy was actually Edzuary. During the incident, Edzuary lost his beloved fiancee, Hidayah. Hidayah was hit by a car while she was about to cross the street to help Edzuary saving Edleen. Both Edzuary and Edleen is still in trauma due to the accident. Will both of them get over it? Will Edzuary also fall in love with Edleen if he knows the truth about her?

What's Good About The Novel?

So these are the four chic Bahasa Malaysia novels that I believe should be translated into English and promoted in the international market. Before I end this post, I would like to ask our Malaysia readers some questions. Have you guys read these four novels? If so, what do you think of these novels? Can these novels be promoted in the international market? And are there any chic Bahasa Malaysia novels that you guys think are better than these four? Pls, share your opinions with me. And as for international readers, if these four novels are translated in English, will you guys be interested to read them?

Ok, that's all for now. Thank you for reading this post. Have a good day.

Email Post
Labels: Book Review Edutainment Reading Culture
Fadima Mooneira
Fadima Mooneira is a millennial authorpreneur, content creator, blogger, and illustrator from Malaysia. She describes herself as artistic, creative, innovative, imaginative, and trendy. Fadima writes about pop-culture, edutainment, lifestyle, beauty & travel on her blog. As an author, Fadima has published seven books ~ one novel, one solo book, and five collaboration books. Fadima has an MBA in Marketing from the National University Of Malaysia (UKM), and a BSC Hons in International Fashion Marketing from Manchester Metropolitan University. 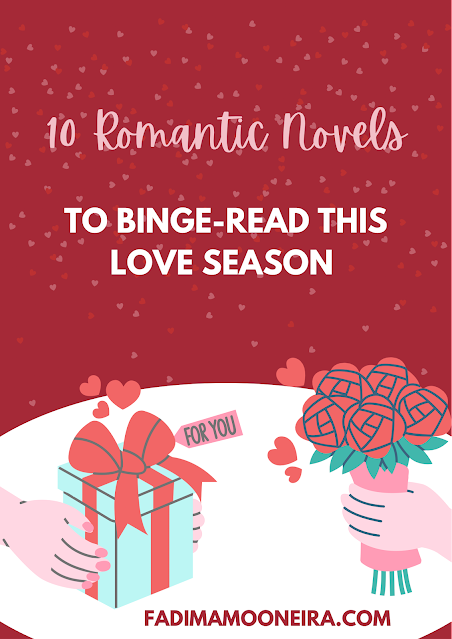