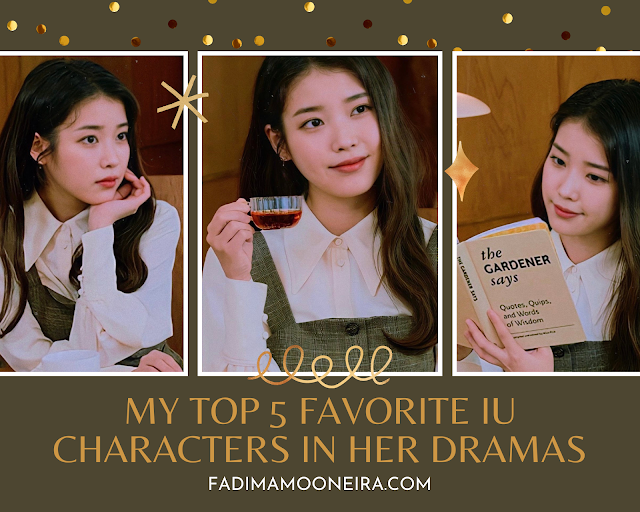 Besides being successful as a singer and songwriter, IU is also a successful actress. In Hallyu, IU is known as a very versatile and charismatic actress. She has a flaming X-Factor and can channel different kinds of roles. She can be a sweet girl, but she can also be a bad girl.

IU is a very hardworking actress. She takes her projects seriously and always makes sure that her performance improves. IU is one of the chemistry queens in K-dramas. She has chemistry with most of her leading men. Plus, she's a good actress to work with. All actors who have worked with IU mentioned that she is a very supportive leading lady. IU motivates her co-star to do their best. Even most filmmakers like IU for her talent, charisma, hard work, and down-to-earth personality. 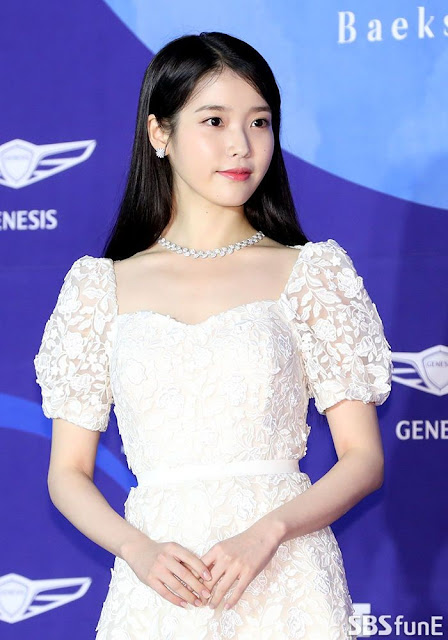 IU has won loads of acting awards. She's definitely an A-List heroine. Plus, her acting has received a lot of good reviews from local and international film critiques. Rumors say, there are already some Hollywood filmmakers eyeing and want IU in their future projects. As a UAENA, I hope to see IU making her debut in Hollywood one day either as an actress or singer or even as a songwriter. Oh wow!!!!!!! I'm so excited for this! IU is awesomely talented and inspirational. I'm sure she will make all Asian people proud in Hollywood. After all, she is a true Asian beauty.

Ok, this is all about IU as an actress. Now let's check out my top five favorite IU characters in her dramas. We shall begin with no.5 to no.1. 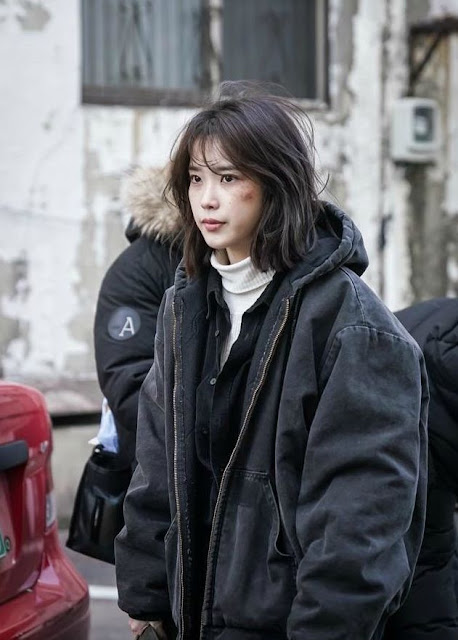 IU as Lee Ji An in My Mister (Image: soompi.com)

My Mister is a 2018 South Korean hit drama. It's a story about life and hardship. My Mister is one of IU's most successful dramas. This drama has received a lot of good reviews from most film critiques. It is also one of the most-watched Korean dramas on online streaming now.

In My Mister, IU plays Lee Ji An, the female protagonist. Lee Ji An is a woman who is enduring hardship in life. She is struggling with debts and having a hard time taking care of her sick grandmother. Living her life in hardship makes Ji An doesn't trust anyone. One day, Ji An is tasked by the owner of the company that she's currently working in to elicit Park Dong Hoon's (Lee Sun Kyun/the male protagonist) weaknesses. But she soon ends up falling for his kindness. Ji An also learns to trust someone for the first time.

IU's acting in My Mister is simply sensational. Her acting makes us, audiences feel Lee Ji An character. It makes us sympathizes with the character. Overall, My Mister is a very beautiful drama. It's a drama everyone must not miss. This drama has won various awards in 2018. Plus, IU won the Top Excellent Award, Actress in Miniseries at the APAN Star Awards 2018 for My Mister. 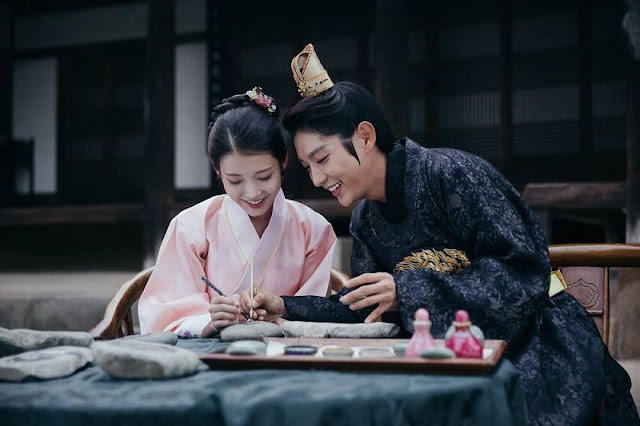 Scarlet Heart Ryeo (SHR) is a 2016 South Korean drama. This drama belongs in the historical romance, fantasy, time-travel, and reverse harem genre. In SHR, IU plays the female protagonist, Go Ha Jin. Go Ha Jin is a 21st-century young woman who travels back in time. She is transported back to the Goryeo Dynasty during a solar eclipse night. Goo Ha Jin falls into a river in the first episode of the drama. Later, she wakes up in the year of 941 AD (during King Taejo's reign). And to Go Ha Jin's surprise she is no longer the same person. She is now Lady Hae Soo, a 16 years old girl in the Goryeo Dynasty.

For those who like the historical romance, fantasy, time-travel, reverse harem genre, I would highly recommend you to watch Scarlet Heart Ryo. This drama is simply awesome. IU's acting in the drama and her chemistry with Lee Joong Gi is absolutely stunning. Their chemistry will definitely melt your heart.

The Producers in a 2015 South Korean comedy-drama. The Producers is one of my all-time favorite K-dramas. It's a parody of the South Korean entertainment industry. In The Producers, IU plays Cindy, a famous pop princess who debuted when she was only 13 years old. Cindy is known as the 'Ice Princess' in the entertainment industry for her poker face and snobbish personality. As the drama progresses, Cindy falls in love with a kind-hearted junior Producer-Director named Baek Seung Chan (Kim Soo Hyun).  Baek Seung Chan makes Cindy knows herself well. Cindy discovers that she is not a snobbish person. She is actually a kind-hearted and jovial person.

IU's acting in The Producers is super sensational. She portrays Cindy well. Plus, I like her chemistry with Kim Soo Hyun. They are a cute on-screen couple. I really wish to see IU act alongside Kim Soo Hyun again in the future. I just can't get enough of them. This drama also stars Cha Tae Hyun as the male protagonist, Producer-Director Ra Joon Mo, and Gong Hyo Jin as the female protagonist, Producer-Director Tak Ye Jin. 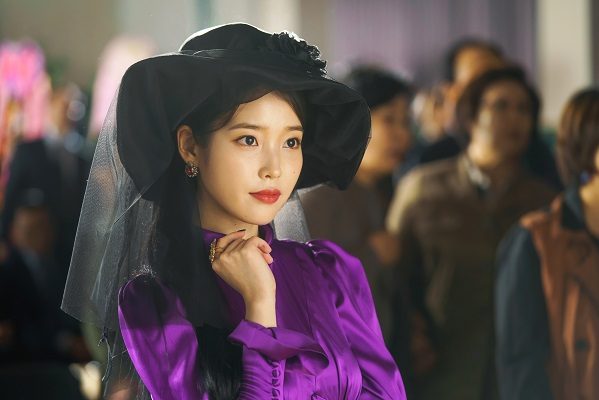 Hotel Del Luna (HDL) is a 2019 South Korean drama. This drama belongs in the dark fantasy and romantic comedy genre. HDL tells the story of a beautiful but yet ruthless hotel owner named Jang Man Weol (IU/the female protagonist). Jang Man Weol committed a terrible sin by killing a lot of people in her early life. Due to the sin, she is held accountable to be the owner/keeper of Hotel Del Luna.  Hotel Del Luna is a supernatural hotel situated in Myeong-dong, Seoul. The hotel is catered to serve spirits with unfinished business. The drama also stars Yeo Jin Goo as the male protagonist, Hotel Manager Gu Chan Sung.

HDL is a phenomenon 2019 drama. This drama makes IU more popular than she already is. I believe HDL is IU's most successful drama. And Jang Man Weol is IU's most successful role. This drama also makes IU an influential fashion and beauty icon. It's because her character, Jang Man Weol is a fashionista. To those who are fashion lovers, I highly recommend you to watch HDL. Trust me, you'll love all the fashion in HDL. Most fashion experts describe Jang Man Weol's fashion as a timeless beauty. It's because her fashions are all Victorian, Georgian, Old Hollywood, Retro, and Harajuku-inspired. 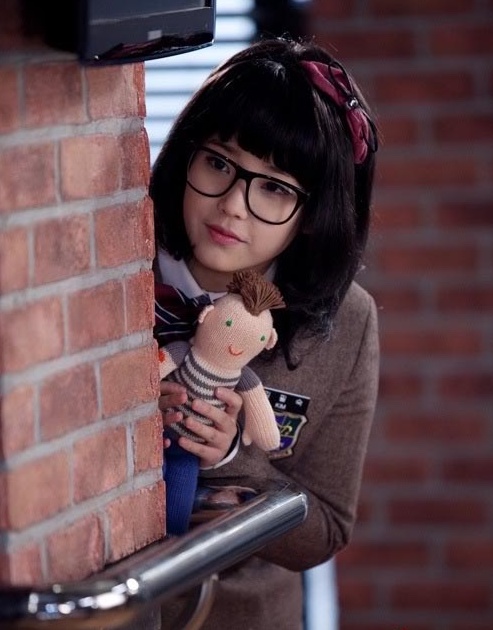 In Dream High, IU plays a shy girl named Kim Pil Sook. At the beginning of the drama, Pil Sook was discouraged to pursue her passion for music just because she was overweight even though she is very talented. Most people believed that Pil Sook could not make it as a K-pop idol just because she doesn't have the look. But Pil Sook proves everyone wrong with her courage.

IU's acting in Dream High is super sensational and awesome. She channels her character well. She makes Pil Sook look so lovable to the audience. Pil Sook is my favorite IU character. Besides an adorable personality, Pil Sook is also courageous, brave, and strong. I believe this character has the potential to become a fictional icon. This character definitely deserves her own show in the future.

Ok, so these are my top five favorite IU characters in her dramas. So are you guys a fan of IU dramas? If yes, which IU character is your favorite?

As a UAENA, I wish IU a very Happy 13th Anniversary and all the best in her career. I hope that IU will be more successful in the future. Insya-Allah.

Email Post
Labels: Asian Beauty Celebrities Hallyu K-Drama K-Pop Pop-Culture
Fadima Mooneira
Fadima Mooneira is an author, content creator, blogger, and illustrator from Malaysia. She has an MBA in Marketing from the National University of Malaysia (UKM). Fadima also holds a BSC Hons in International Fashion Marketing from Manchester Metropolitan University. Fadima describes herself as artistic, creative, innovative, imaginative, and trendy. Fadima has a strong passion for creative writing and drawing. Fadima loves to write about lifestyle, pop-culture, edutainment, travel, and beauty. When it comes to drawing, Fadima loves to draw pretty girls, handsome boys, and cute things. As an author, Fadima has published three books - 2 collaborations (Sahabat, Kari Ayam Cinta) and one solo book (Book Of Lifestyle, Travel, Pop-Culture, and Edutainment). Fadima wishes and hopes to publish more books in 2021 and the whole future. Being a book author is her only dream.