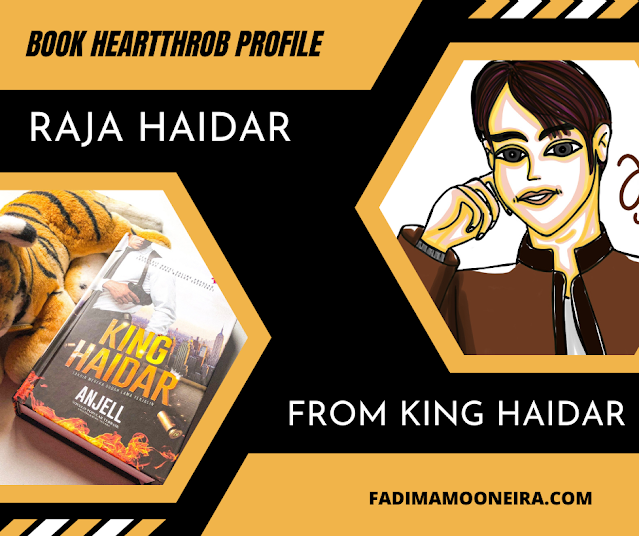 Welcome back to Fadima Mooneira. I'm back from my staycation and short social media break. Whew... it's good to take a break and refresh yourself from all the burnout. So, how are you guys doing? I hope you guys are enjoying an excellent festive season with your family and loved ones ^_^ 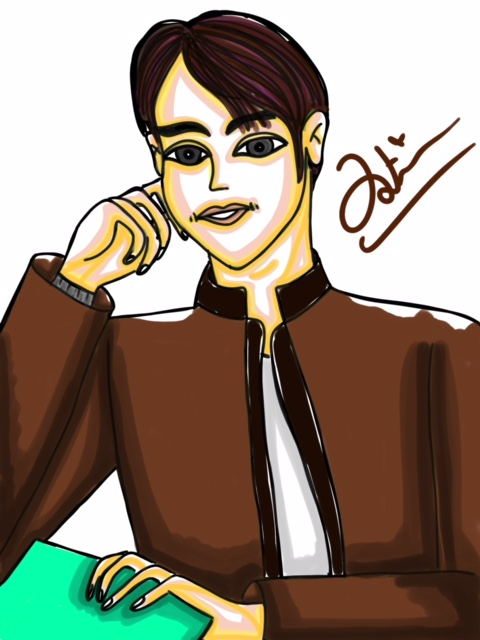 AGE: 30 years old (It was mentioned by the author)

HIS GOALS: Haidar wants to get rid of Black Vetta (a black market money laundering agency) for good. After Haidar settles his case, he wants to retire from being a spy and live a happy warm married life with Suria.

Raja Haidar is a swoon-worthy alpha male hero with flaming charisma and absolute confidence. Like most alpha male heroes, Haidar also has his signature line, "I'm always one step ahead, baby." Besides his flaming charisma and absolute confidence, Haidar is also very intelligent and quick-witted. That's why his teammates called him 'King'. He's the GOAT! Haidar is also portrayed by the author as a very sexy, seductive, romantic, loving, and protective hero. He's a man with the oozing X-Factor in him. And that makes him more attractive than ever. Haidar also has a good sense of humor. He knows how to make a girl laugh, happy, and calm.

Congrats to the author, Anjell for crafting this character awesomely. With this strong personality, Raja Haidar is definitely a book heartthrob to have a crush on ^_^ 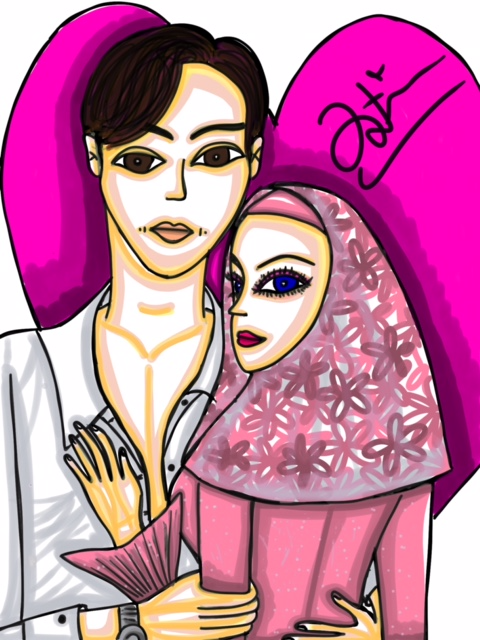 Besides a strong personality, Raja Haidar is also blessed with dreamy good looks. Anjell created him as a character with stunning visuals and well-built physics. Haidar is tall, strong, and masculine. He is like a Greek god. Auwww ^_^

Haidar has a chiseled face. He is blessed with a sharp perfect jawline and nose. He has an Asian skin tone, a long neck, dark brown hair & eyes. Haidar has dimples when he smiles. Haidar's dimples are his most distinguishing features. Those dimples make Haidar attractive, and look boyish but also suave at the same time. 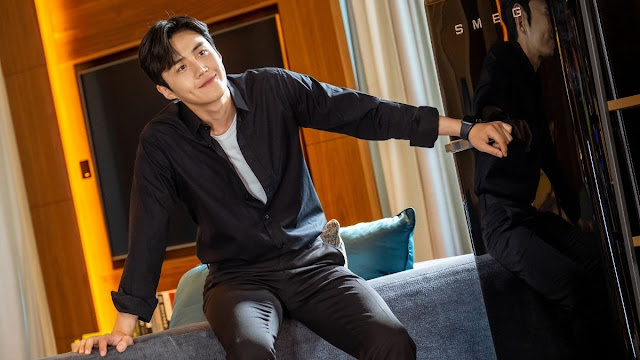 Haidar is a very mysterious book heartthrob. There are so many mysteries about Haidar, and one is not yet revealed by Anjell. However, here's how Haidar's story begins in King Haidar...

Haidar met Suria on a cruise ship and they started dating at that time. Suria thought the cruise ship was her first time meeting Haidar. But unfortunately, she was wrong. Haidar and Suria met a long time ago. At that time, Suria was still in high school. She was having trouble with her family. Suria was so stressed with her problem. So she ran away from home and got lost in the woods.

In the woods, Suria was rescued by a mysterious man in all-black clothing and a mask. Suria doesn't know the name of the man who rescued her. The mysterious rescuer was none other than Raja Haidar.

Haidar fell in love with Suria at first sight. To Haidar, Suria is the most adorable and charming woman he ever met. From that day, Haidar promised himself that he will make Suria his woman. Auwww!!!!!!! 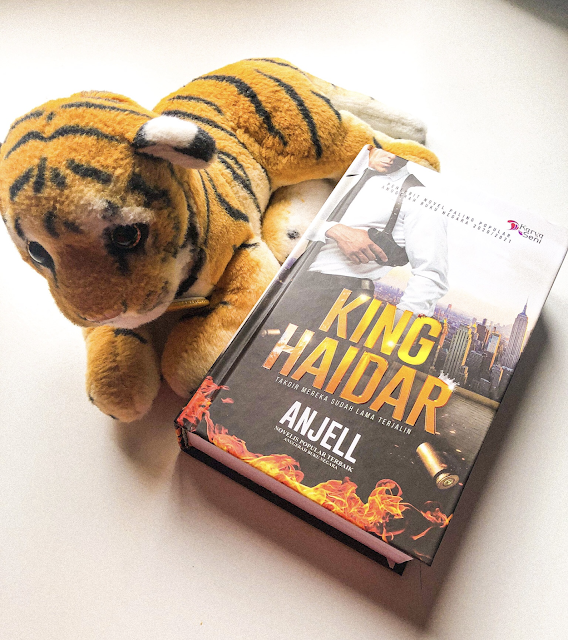 Suria was attracted to Haidar as well. She was also curious about him. There were secrets about Haidar that Suria did not know. And she was intrigued to know all of them. What was Raja Haidar's real identity? Was he a good guy? Or was he a bad guy? What were his objectives? However, these questions were answered in the story. You guys must read the novel if you want to know. I'm not going to reveal it here :P

Besides the four questions in the paragraph above, there is one question that is still not revealed in the story. How did Haidar become a spy? And what is the beginning of his story?

In the epilogue of King Haidar, Suria asked Haidar how did he first become a spy? Haidar told Suria that that is a story he will share with her later. And the story ended there. Woooo... I'm curious!

As a reader, I believe King Haidar will have a prequel or a sequel soon. I'm so intrigued to know Haidar's beginning. I bet all readers feel the same about the story and the character. Am I right? Hehehe ^_^ 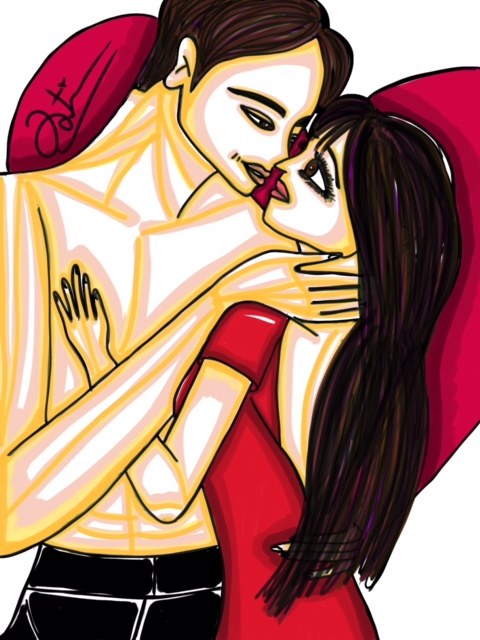 Besides being mysterious and enigmatic, Haidar is also seductive and very romantic. He has the key to a woman's heart. The way he seduces Suria in the story  makes my heart cringe ^_^

I hope Anjell will write King Haidar's prequel or sequel soon. There are still many mysteries about Haidar that are not revealed yet. And I'm so intrigued to know. Oh, please, Anjell!

Ok, so this is my analysis of Raja Haidar from King Haidar. He is another book heartthrob to swoon your heart, ladies. I highly recommend my fellow bookworms to read King Haidar, especially those who are into the action-romance genre. Trust me, guys, King Haidar is a novel you must not miss. And you will definitely fall in love with Raja Haidar while and after reading the novel. He is just too hard to resist. Hehehe ^_^

1) Have you read King Haidar by Anjell?

2) If yes, did you have a crush on Raja Haidar?

3) What is your opinion on Raja Haidar?

4) Are you curious about this character?

Ok, this is all for now. Thank you for reading this character analysis. I'll see you guys again in my next post. Take care. 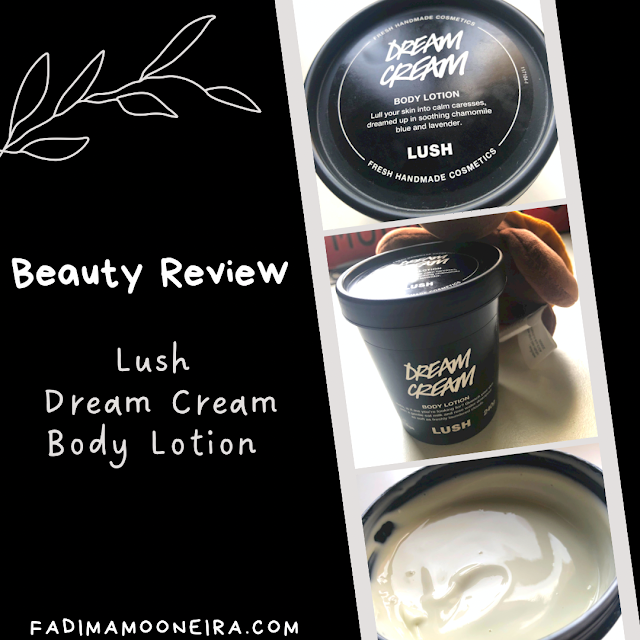