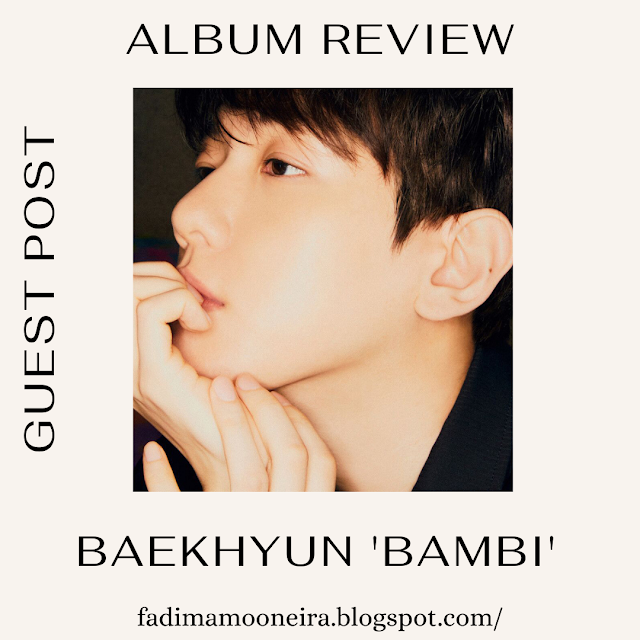 Fadima Mooneira is back. Today, I'm featuring a guest writer on my blog. My guest writer today is Zineb. She's a blogger and writer for a blog called Dear4am. Like me, Zineb is also a fan of K-pop. So for today's post, Zineb is going to share her review of Bakehyun's latest album, Bambi. Now let's read Zineb's review.....

Hello everyone, my name is Zineb, I come from a blog called Dear4am. Today I am a guest blogger. Thank you to Fadima for having me.

I saw that there were a lot of K-pop-related posts in this blog and since I also love K-pop, I decided to choose this theme for my post. Recently, Baekhyun’s 3rd mini-album came out (March 30th). For this special event, I did an album review. I hope you can enjoy it, I honestly enjoyed it so much I think I’ll start doing them on my blog too (other album reviews). 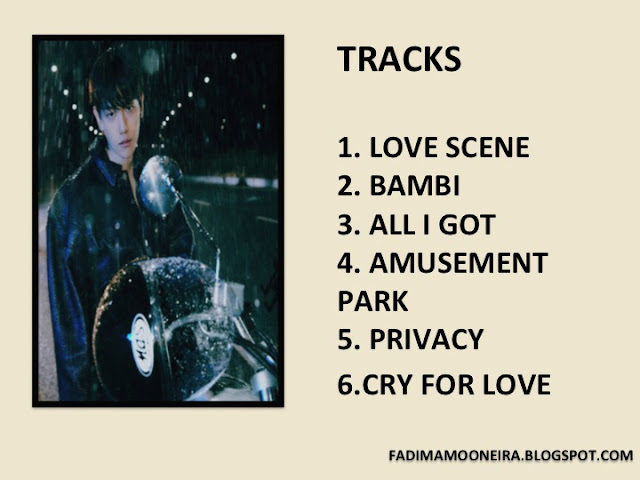 This song feels like a more mature fairytale. He used the words “Neverland”, “Tinkerbell” and “Fairytale”. The music video looks like an old movie that was filmed in Chicago, in the 50s on a rainy night. The song also gives off that vibe. I feel like I’m experiencing this love story with the album.

Vocals were popping in this song! This one is a bit more mature. It’s a love confession. She’s the owner of his love and he’s giving all he’s got. He wants to be with this person. The first three songs were more smooth but this one is strong and powerful. This song is not beating around the bush, it’s honest. I like the flow and his strong vocals. He was already a great singer but he improved even more or just showed his full potential.

This song was released months ago but I still have something to say about it. This is a comfort song. You should definitely read the lyrics as you listen to the song, your heart will melt. It feels as if he’s directly singing to the listeners. This is a sweet and relaxing song, it could also be a lullaby. This song is a fairytale. It’s like the nice man in your dreams that guides you through the amusement park.

Aside from Bambi, this is my favorite song on the album. It has a jazz feel to it and I love jazz. It reminds me of his other song ‘Take you home’. This one is smooth and powerful at the same time. It’s the child of ‘Love scene’ and ‘All I got’. It’s a romantic song, cozy but mature. The secret of two lovers that will never be revealed? (That’s what I got from the lyrics.) Anyways, this song is just amazing.

This song is a sad but realistic ending. He was so infatuated by this person that he wonders, did he really know her? Was it love? You really get a strong feeling with every word he says. The end of a love story sang quite sadly and powerfully. You could really feel the breaking of a heart while listening to this song.

This album was a love story presented through music. It showed that every story has a beginning and an ending. The first song, ‘Love scene’ was their first meeting and the last song, ‘Cry for love’ was their last. Musically and lyrically wise, this album is a masterpiece. When you listen to the full album, you really get into it and feel the love. The album ‘Bambi’ brings in a new experience. I also feel that this is the most ‘Baekhyun’ album ever. It fits him so well, his voice and his personality. It’s quite sad that it’s his last album before his mandatory military service. While we wait, we’ll listen to all the great songs he sang. Thank you Baekhyun for working so hard to finish this album before going to the army. If you haven’t heard this album, I highly suggest you do. Music can break any language barrier. Thank you for having read this post. 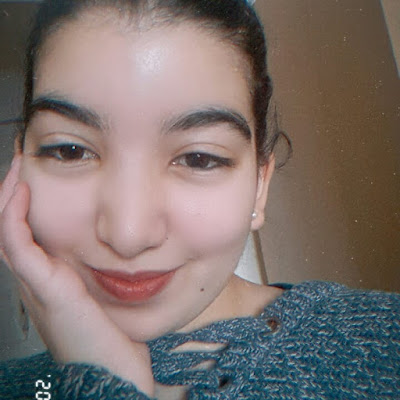 Hello! I’m Zineb, I’m 19 years old and I write blog posts about life. I’m still young and still learning about life. It’s a good experience for me, I am writing as I learn and also share my experiences. I hope to be of help to as many people as I can, my goal in life is to communicate and engage with people through writing. I want to bring happiness to people.

OTHER GUEST POSTS ON FADIMA MOONEIRA
FROM GUEST WRITER'S DESK: MY HAJJ EXPERIENCE BY MADIHAH
Email Post
Labels: K-Pop Pop-Culture
Fadima Mooneira
Fadima Mooneira is a millennial author, content creator, blogger, and illustrator from Malaysia. She describes herself as artistic, creative, innovative, imaginative, and trendy. Fadima likes to write about lifestyle, pop-culture, edutainment, travel, and beauty. As an author, Fadima has published four books. Fadima has an MBA in Marketing from the National University Of Malaysia (UKM) & a BSC Hon's In International Fashion Marketing from Manchester Metropolitan University.